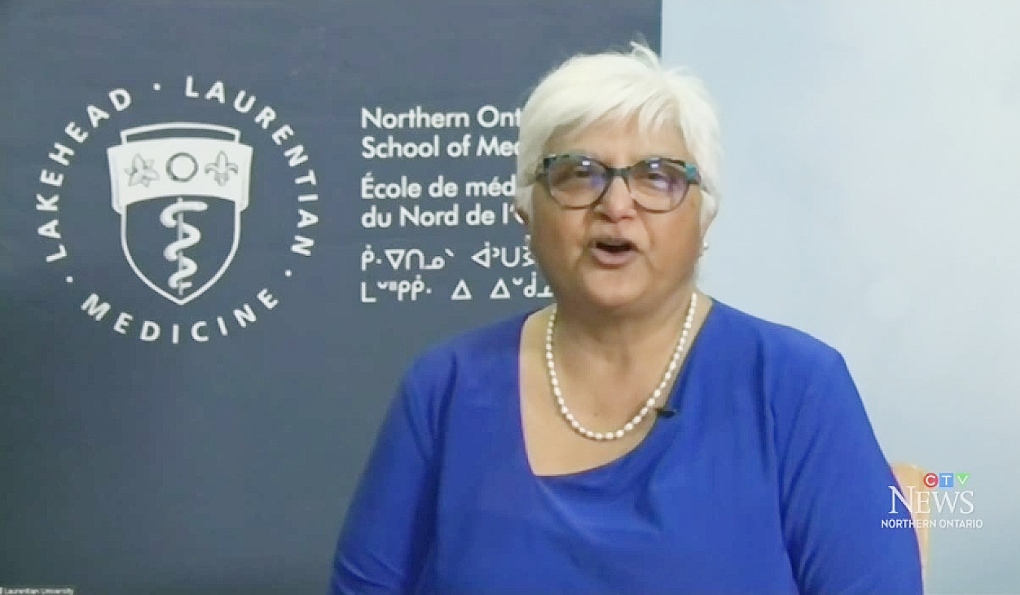 Dr. Sarita Verma, president and CEO of NOSM, supports the plan to make the school independent, and has said the school belongs to neither university. (File)

SUDBURY -- News this week that the province has passed legislation enabling the Northern Ontario School of Medicine to become independent prompted very different reactions from the two northern cities the school calls home.

In the wake of the insolvency crisis at Laurentian University, the Ontario government announced in April it would make NOSM and the French-language university in Hearst independent.

Since its inception, the medical school has had a campus on Laurentian and Lakehead University in Thunder Bay, with each school granting degrees to graduating physicians in their communities.

With the passage of Bill 276 at Queen's Park on Thursday, Lakehead president Dr. Moira McPherson said she was unhappy concerns raised about the plan were ignored.

"Lakehead and many community partners have sought to build awareness of how this decision will impact program accreditation, costs to taxpayers and students, and existing research, university and community partnerships," McPherson said in a statement.

While opposed to the plan, she said it's time for the school to move on.

"Though we continue to have grave concerns about the means by which this decision was made – without consultation with our university, senate, faculty and staff, nor with healthcare providers, Indigenous communities, and regional business leaders – we know we must now turn our attention to the future," McPherson said.

"There are still many important details that need to be explored as the government moves its agenda forward. Lakehead is committed to engaging in productive and collaborative consultations, however we will continue to uphold a position that does not undermine our university, nor the thriving academic environment we have worked so hard to grow."

"I want to congratulate the Northern Ontario School of Medicine on the historic news that it is one step closer to becoming Canada’s first stand-alone medical school," Bigger said in a statement.

"The city has long been a proud supporter of NOSM and the incredible work it does to address the health needs and contribute to the economic vitality of our region. We look forward to continuing collaboration in the months and years to come."

Sarita Verma, president and CEO of NOSM, supports the plan, and has said the school belongs to neither university.

In a statement in April, Verma said the announcement is "the next step on our mission to strengthen health care and education across the north."

"NOSM doesn’t belong to any institution. It belongs to the people of northern Ontario," she said.

"By making this step towards maturity, we will be able to strengthen our ties to both Sudbury and Thunder Bay while extending our reach into every corner of the north. Inaccuracy about the next steps regarding this legislation should be weighed carefully."