Teen charged with careless driving, blowing through a stop sign in Hwy. 17 crash near Whitefish 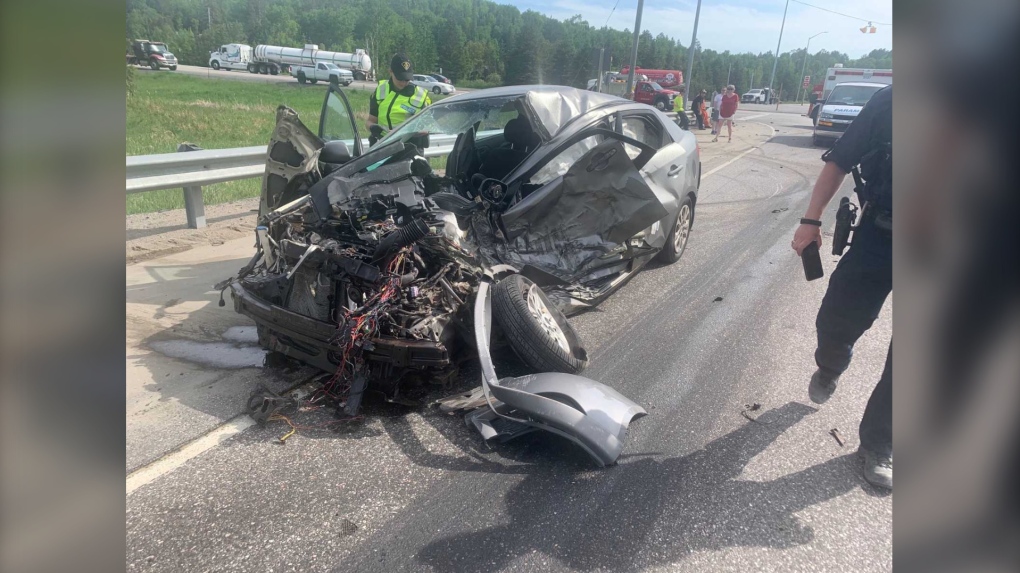 The Sudbury detachment of the Ontario Provincial Police responded to the call at 4:05 p.m. to a collision at the intersection of Highway 17 and Municipal Road 55 in Whitefish.

"Investigation revealed a car, with two occupants, failed to stop and proceeded across the eastbound lanes on Highway 17 from Municipal Road 55, into the path of an eastbound commercial motor vehicle, which was unable to avoid the collision," the OPP said in a news release Wednesday.

"The driver of the commercial motor vehicle and lone occupant was not injured."

The driver of the car has been charged with careless driving and failing to stop at a stop sign.

The driver suffered minor injuries and the 18-year-old passenger, from Lively, was taken to hospital with non-life threatening injuries.

The Ministry of Environment arrived the scene Tuesday to clean up a fuel spill. The eastbound lanes of Highway 17 re-opened at 7:45 p.m.

Officers from the Ontario Provincial Police – West Nipissing detachment are at the scene of a two car collision on Highway 17 at Municipal Road 55 in Whitefish, Ont.

Police have closed the eastbound lane on Highway 17 and are reporting non-life threatening injuries.

A detour has been made available through Municipal Road 55.