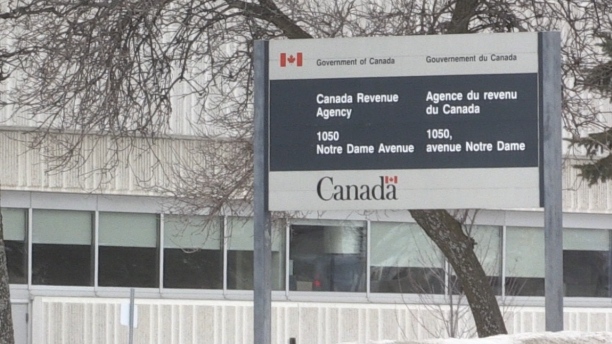 The Union of Taxation Employees, which represents workers in Greater Sudbury and across Canada, is donated $120,000 to the Red Cross and Food Banks Canada (File)

SUDBURY -- The Union of Taxation Employees, which represents about 28,000 employees working at the Canada Revenue Agency, including Sudbury, is donating more than $120,000 to Food Banks Canada and the Red Cross.

In a news release, the union said it recocnizes the need to support not just its members, "but also our neighbours in need in our communities.

"The Union of Taxation Employees is therefore extremely proud to announce two new important donations during these times of crisis," the release said.

The first donation is to the Red Cross – Stronger Together Fund, a charity set up for the families affected by the tragedy in Nova Scotia where 22 innocent people lost their lives on April 18 and 19, in the worst mass murder in Canadian history.

The second donation is to Food Banks Canada. In 2019, there were more than 1.1 million visits to Canadian food banks, the release said.

"As a result of the COVID-19 pandemic, there have been significant job losses, layoffs and business closures which are predicted to increase the demands on food banks by between 30-50 per cent," the release said. "The pandemic has had an impact on many Canadian working middl- class families, including some of our own UTE members and their families. UTE is making a donation in the amount of $100,000 to Food Banks Canada."

The union has also invited its 60 locals to consider supporting "this very worthwhile cause by directly donating to their local food banks.

"The Union of Taxation Employees is very proud of the hard work accomplished each day by its members and their unending commitment to continue to play an important role in supporting our communities across Canada."