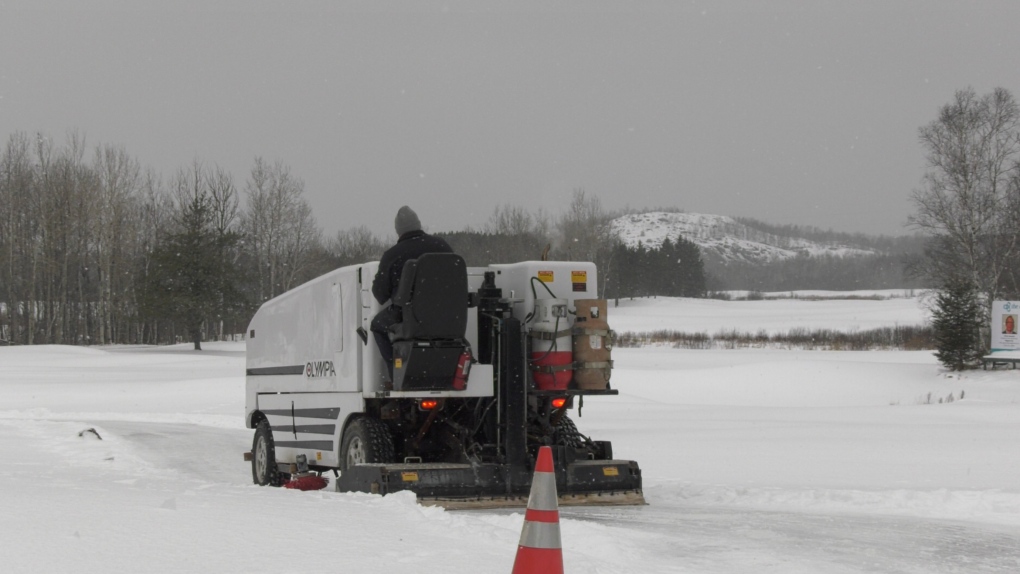 There’s soon to be another option for outdoor activities in Greater Sudbury as one of the city's golf courses prepares to open its first snow park.

It’s not the rolling green landscape you expect to see at a golf course, but with winter in full swing, it is a new alternative for Timberwolf Golf Club to welcome guests year-round.

"There’s going to be a number of facilities," said Sam Yawney, the president and co-owner of Golf Sudbury. "We are in the process of making the ice skating path. It will go out about 400 yards or so to one of our large ponds, which will be a big ice skating rink and it will all be lit with torches and we’ll have music along the way."

However, if skating isn’t your forte, there is a solution for you.

"There will be snowshoe and cross country trails – a couple of different trails," added Yawney. "One around a kilometre long, another one about 2.5 kilometres long going out on the golf course."

Equipped with all the right tools, including their own Zamboni, the crew hopes to be open by next weekend.

"It’s been quite extensive. First of all, we had to be provided with the proper equipment. Snowblower, Sam actually bought a Zamboni last year and we also have a machine to flood," said Jamie Camilucci, Timberwolf Golf Club’s superintendent of golf.

Adding, "We’ve tried to put as much water as we can down on the cart path to make it an inch or two thick just with a flooding machine. Now we’re starting to use the Zamboni which is going to try and flatten it out. We’re still adding water so we can get as much of a base as we can."

This idea has been brewing for years, Yawney said. Adding that the north side of the city hasn’t had an option like this before.

"I’ve done some research of Crimson Ridge in the Sault which does a similar thing and there’s a few other facilities in Ottawa and other areas that are doing these types of concepts," he said.

"So I thought with nothing at this north end of the city, that it would fit well with what we have and I’m really trying to make Timberwolf into a 12-month operation as opposed to just a summer operation."

Even though the club isn’t open yet, it appears the community is already excited to come out, have fun and support Timberwolf.

"I put a posting on Friday night, just an innocent posting thinking that there might be a few people who might be interested, but it kind of exploded. We’ve had close to 800 likes and every single one of them, I mean 100 per cent of them has been very positive," Yawney said.

Camilucci said he’s excited to bring his family out.

"People are looking for stuff to do. I know I take my kids skating all the time and I do some snowmobiling with them, just to get them outside. So I think everyone is looking for something like this to do," he said.

There will be a fire pit for guests to warm up, including food and beverage services and Yawney said people will only be allowed inside the clubhouse to use the washroom.

There is also a daily family rate of $20.