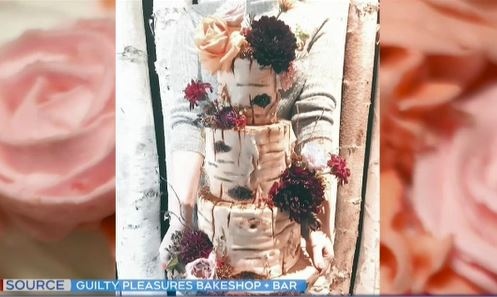 SUDBURY -- It was a glitzy affair in Toronto Tuesday evening as some of the province's crème-de-la-crème of wedding professionals competed for top honours at the 2nd annual Ontario Wedding Awards.

And it looks like some Sudbury businesses will be returning to northern Ontario with some hardware after winning big in each of their respective categories.

They were just a few of the many awards handed out over the evening honouring those who promote excellence in the wedding supply industry.

"These champions are tried-and-tested specialists that know how to create a stress-free wedding experience, keeping the romance in the air," said one spokesperson for the awards.

It's a big switch for the evening, which in its first-year reportedly had no businesses represented from northern Ontario.

"Last year, there were zero businesses from northern Ontario represented in the Ontario Wedding Awards, so it's super exciting this year that they're recognizing all of the talent that we have. There's places like Flower Towne, Rebecca Bose Photography and Lavish Events, they're all really cool, really great local businesses, so it's really nice that we're getting a little bit of representation now," said Justine Martin, owner of Guilty Pleasures.

Wow! Congratulations to these three amazing, local companies who put Sudbury on the map last night at the #OntarioWeddingAwards! ⁠⠀ ⁠⠀ A familiar face at the Fromo, @akaiserphoto took home Ontario Wedding Photographer of the Year! We're positive you've seen his amazing photos on our beautiful, new menu as well as our All-Inclusive Wedding Packages! ⁠⠀ ⁠⠀ @gpbakeshop was named Cake Decorator of the year, rightfully so! And the ladies from @LavishEventsAndFlorals are bringing home Florist of the Year! ⁠⠀ ⁠⠀ Check them out!