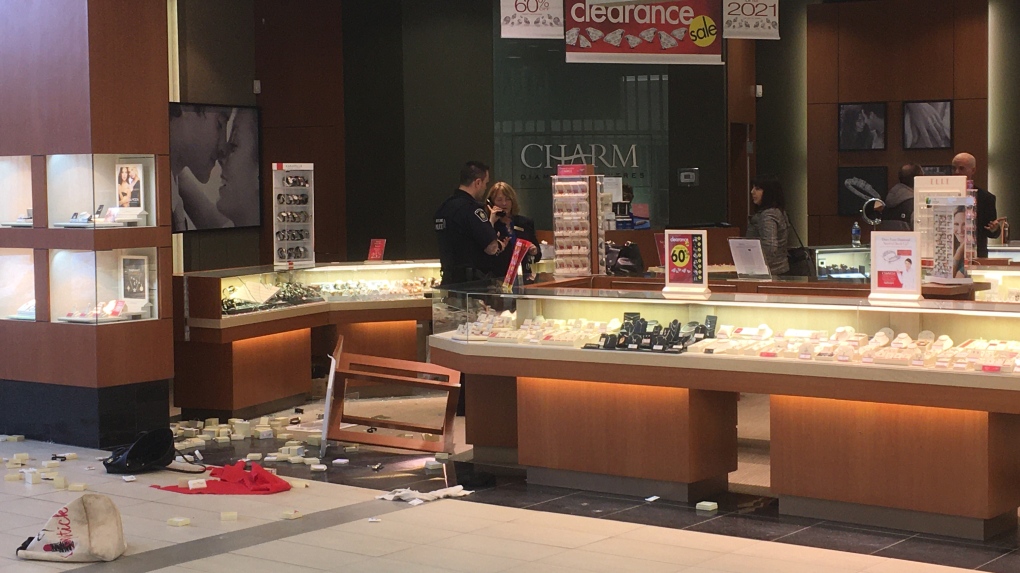 Authorities say officers responded to a robbery-in-progress call at 11:08 a.m.

It was reported that shots were fired at the mall, but police say they have not yet been able to determine if this is true or not.

According to witnesses, three people, estimated to be in their twenties, used a hammer to break a glass case at Charm Diamond Centres in the mall.

A bystander allegedly tackled one person to the ground and held him there until police arrived.

Police say one suspect was apprehended at the scene and they are continuing the investigation to determine if other people were involved.

A K9 unit has been called in to help.

No physical injuries have been reported.