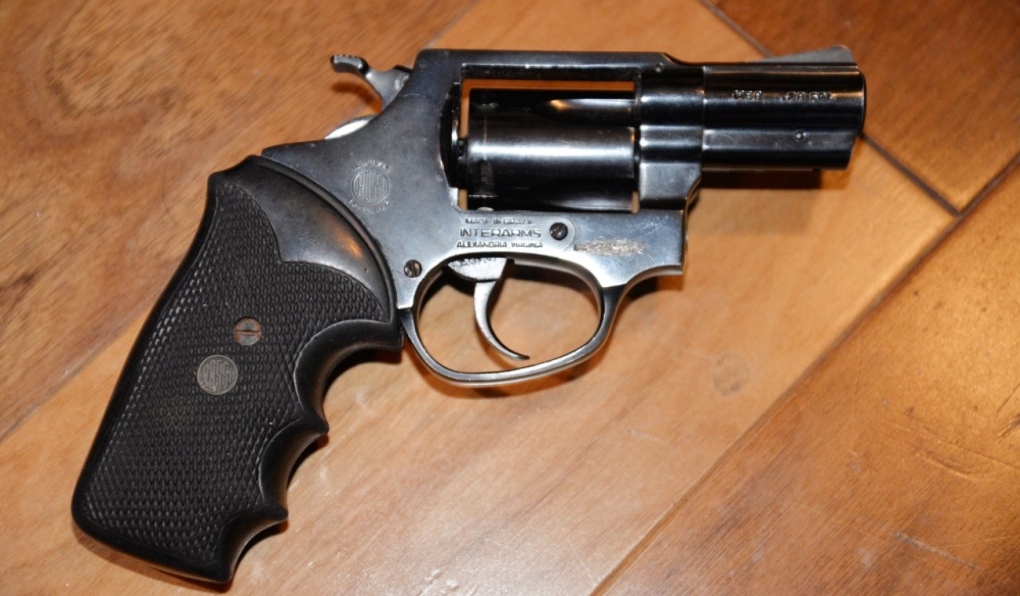 Sault Ste. Marie police located a .38 calibre revolver with the serial number tampered with while executing a search warrant Monday. Two people have been charged. (Supplied)

SUDBURY -- A man and a woman in Sault Ste. Marie are facing charges following a raid on a Patrick Street residence Monday evening.

"Upon entry, officers located the two accused and they were arrested without incident," police said in a news release Tuesday.

"During a subsequent search officers located a .38 calibre revolver with the serial number tampered with, ammunition and approximately 220 grams of a substance believed to be cannabis hashish."

The 46-year-old woman and 52-year-old man are charged with several offences, including weapons possession, tampering with a serial number on a firearm and possession of cannabis for the purpose of distributing.

Both were held for bail court.