SUDBURY -- Sault police are looking for 50-year-old James Leveille in an alleged connection with the body of a woman that was found in the James Street area last week.

Officers were called to the 100-block of James Street in the city's West End just before 10:30 a.m. on May 17. The next day, police said the case was being investigated as a homicide. 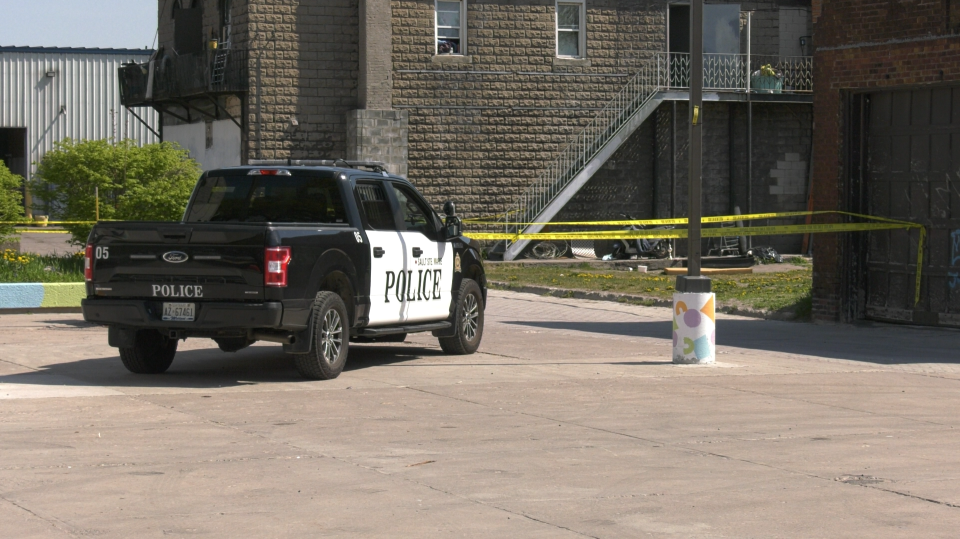 The woman's identity has not yet been revealed nor the cause of death.

Tuesday afternoon, Sault Ste. Marie Police Service said as a result of the investigation into the death, Leveille is wanted for a list of weapons-related offences including:

"The victim and accused were known to each other. This is not a random act of violence," police said.

They are asking the public to call 911 with any information about the incident or Leveille's current whereabouts.

"If you see the accused, do not approach him. He should be considered armed and dangerous," police said. "You can provide information anonymously by calling Crime Stoppers at 705-942-7867 or 1-800-222-8477. You can also click here to submit a web-tip or download the P3 app."