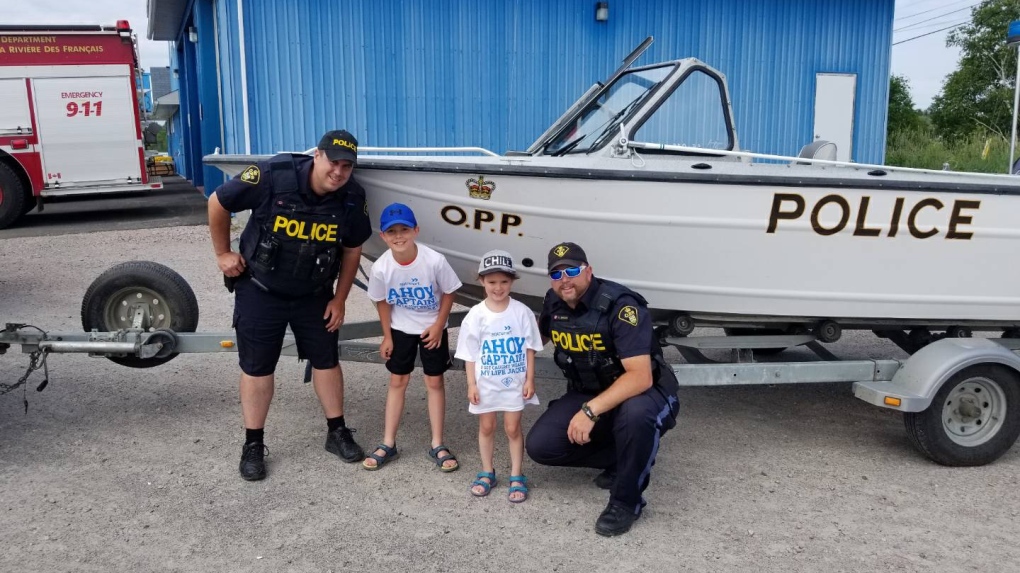 The Nipissing West Detachment of the Ontario Provinical Police kicked off a safe boating campaign in conjunction with Canada Day events in the French River area.

The beautiful weather is here and that means many people are hitting the water.  This year the OPP has partnered with BOATsmart!, launching the provincial wide  “I Got Caught Wearing My Lifejacket”  t-shirt campaign.  The marine unit will be looking for proper safety equipment onboard as well as impaired boaters.  Young boaters seen wearing their lifejacket will be given a special T-shirt.

According to the OPP, in 2018 24 people died on OPP patrolled waterways across the province.  12 of those fatalities were in the Northeast Region.  Of the 24 people who died in last year’s boating/paddling incidents, 22 of them were not wearing a lifejacket.  Falling overboard and capsized vessels were factors in 18 of the 24 deaths.