Running to connect people with Anishinaabe culture and physical fitness 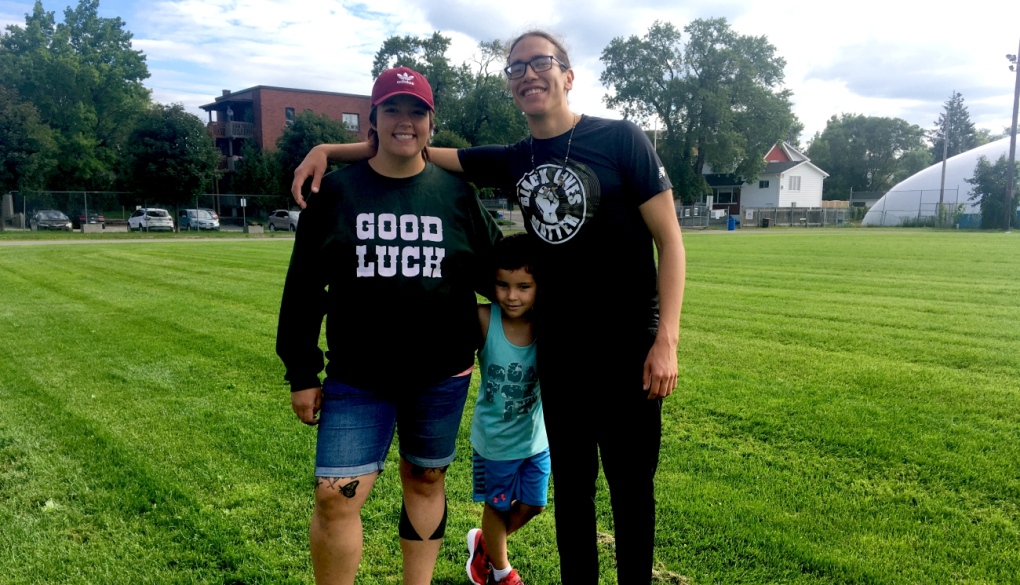 Christian Kaiser-Fox, seen here with Amber Gaudrault and their son Oliver, is preparing for a 77-km ultra-marathon, running from Sudbury to Webwood on Sunday. (Alana Everson/CTV News)

SUDBURY -- An ultra-marathoner from Sudbury will be running this Sunday to raise money for the Ojibwe Cultural Foundation in M'Chigeeng on Manitoulin Island.

It's a centre that helped him connect with his culture and inspired him to be physically active and enjoy the benefits of a healthy lifestyle.

"I am running from Sudbury, Ont., to Webbwood, Ont., on Aug. 2 to raise money for the Ojibwe Cultural Foundation and inspire Indigenous youth to also participate in cultural activities and physical fitness," said Kaiser-Fox.

Kaiser-Fox said the foundation located on the M'Chigeeng First Nation where he grew up helped him connect with his culture by taking part in powwows, language classes and traditional arts and crafts.

"I believe those things are important because as Anishinaabe, we need to practise our culture and traditions to keep them alive," he said.

His family will be alongside him during the run to provide support.

"I will be at pit stops with snacks and water and encouragement and Oliver will be running the last half of a kilometre with him," said Amber Gaudrault who is co-organizing the run.

"Cause I like wind blowing at me and it's fun to (do) circles a bunch of times here," Oliver said.

Kaiser-Fox works as the urban Aboriginal Healthy Living coordinator at the N'Swakamok Native Friendship Centre and hopes the 77-km run will inspire people to be physically active.

"There is so many benefits to physical fitness, such as the mental-health benefits, the increased lifespan," he said. "It also makes you feel really good, you know, it's really good to manage stress."

"For youth who are participating in physical fitness exercise, they could improve their grades, which is absolutely huge," said Kaiser-Fox.

He is a co-organizer of a a new Indigenous running group that meets every Thursday at 6 p.m.at Bell Park.

He says it's open to everyone.

The 77-km run will kick off Aug. 2 at 5 a.m. at Tucos Taco Lounge and ends in Webbwood at Krupnik's Roadside Eatery.

Donations in support of the run can be made online at canadahelps.org.