People flood Mount Jamieson in Timmins with support after lockdown 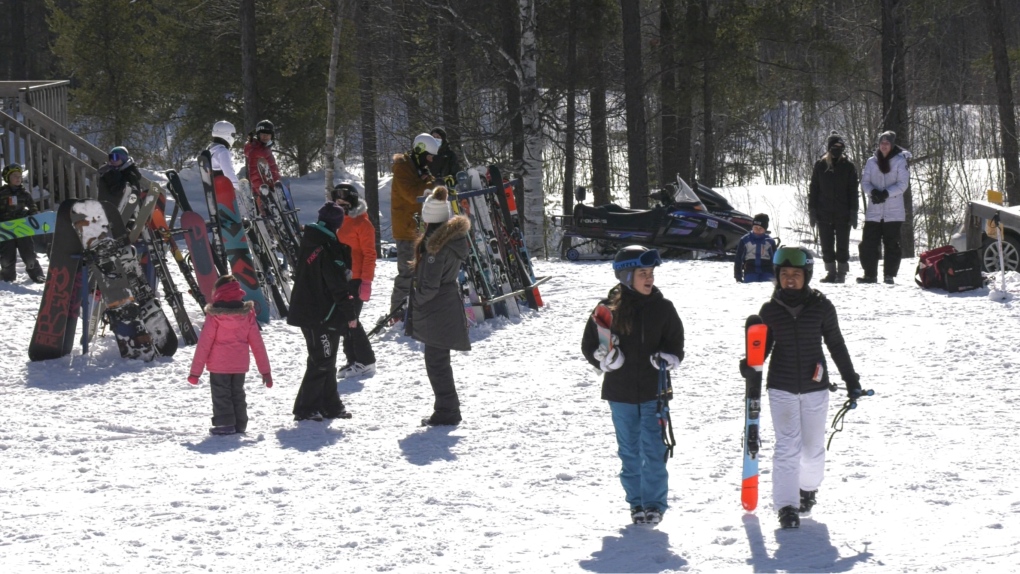 Mount Jamieson Resort attracted many types of outdoor enthusiasts this weekend, from skiers to snowboarders, to those wanting to take a spin on a tube. It was the first weekend the resort has been open since Christmas due to the provincial lockdown. Feb. 21/21 (Lydia Chubak/CTV News Northern Ontario)

TIMMINS -- Beautiful winter days in Timmins are few and far between, but the weather helped draw many people out to Mount Jamieson Resort.

Tube parks are also hard to come by in the north and the one there was a hot spot this weekend.

The images speak for themselves, people are happy to be outside at the resort.

Officials said the parking lot has been packed since they reopened on Friday and it's an encouraging sight to see.

“We’ve been sitting and waiting for over a month so it feels absolutely fantastic to be up and running again and the response so far has been through the roof," said Eric Philipow, general manager of Mount Jamieson Resort.

He said the tube park is the only one of its kind in northern Ontario and it's been sold out every day.

He said as per public health rules, fifty people are allowed each hour and tubes are sanitized between sessions.

“I don’t think I’ve been out here since high school so it’s grown a lot since I remember and it’s beautiful," said Liane Guenette who brought her young family out tubing for the first time.

With nowhere for Timmins Ski Racers to compete this year, athletes will focus on training.

“I was a little disappointed cause I do like racing and you know meeting with people but I think that it’s still good that we’re able to ski still," said Alexander Brain, a Timmins Ski Racer.

“We’re really utilizing this time to hyper focus on the technical skills and make this a gap year in preparation for when we can race again," said Cameron Grant, head coach of the Timmins Ski Racers.

He said he's pleased to see an increase in young families registering their children in the sport.

Grant is also the president of the resort's board of directors.

He said the pandemic lockdown created a 'touch and go' situation for the operations, but he said thanks to the support and patience of the membership, "they're going to be okay."