OPP officer involved in collision on Hwy 11 in Temagami 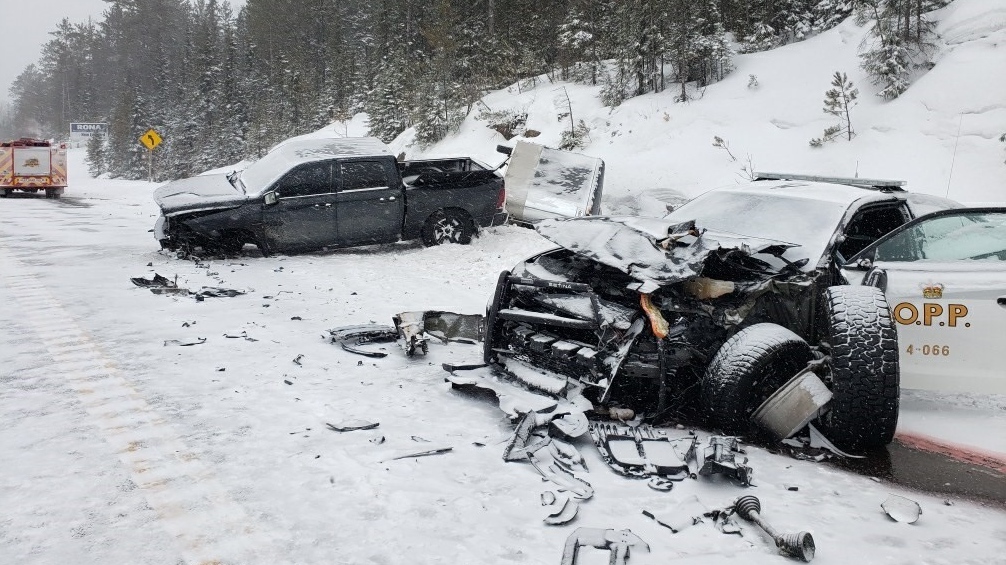 The Ontario Provincial Police say one of their officers was sent to hospital to be treated for non-life threatening injuries after being involved in a collision on Thursday.

Members of the Temiskaming detachment of the OPP, the District of Nipissing Emergency Medical Services and the Marten River Fire Department responded to a call for a motor vehicle collision on Highway 11 in Temagami just before 1:30 p.m. Feb. 27.

According to police, a pick-up truck and a transport were travelling southbound when the two collided, leading to another collision with an OPP cruiser that was travelling in the opposite direction.

The drivers of the truck and transport were not injured.

Police say the highway was closed in both directors for some time due to inclement weather and was re-opened at 2:00 a.m. on Friday.