TIMMINS -- As the province awaits the release of the Ontario government’s 2020 budget, the Ontario Dental Association (ODA) is appealing to the Progressive Conservatives to invest an additional $50 million into its “Healthy Smiles Ontario” children’s dental program.

The association claims the province’s four low-income dental programs are underfunded and lack the ability to treat hundreds of thousands of Ontarians that are eligible for those programs.

The association’s former president, Timmins orthodontist Dr. LouAnne Visconti, said giving the government a costed budget plan for the children’s program could be the kick-start needed to make progress.

"We are starting with the children, so that if we can get them into regular dental care, then we can keep their mouths healthy," said Visconti.

"We can also get them into preventative practises — the brushing, the flossing, seeing your dentist regularly, good diet, good nutrition — that will hopefully carry through into their adulthood." 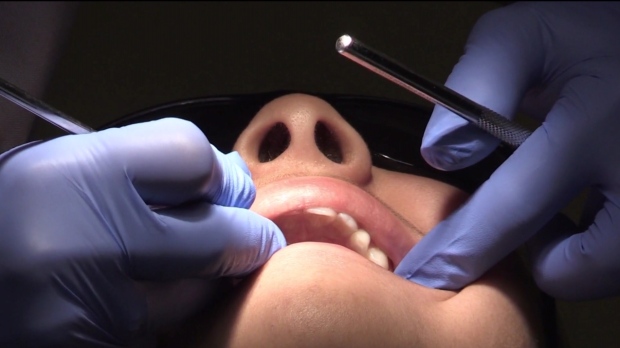 The dental association claims that around 530,000 children are eligible for the program, with around 254,000 receiving treatment due to the funding available to cover the costs.

Visconti maintains that many of the 10,000 dentists across the province take on any extra financial burden themselves to make sure people can receive dental care.

"Dentists right now are basically giving their expertise and their knowledge for free but they are also subsidizing these programs and making them work," said Visconti.

"Without them donating the dental work, these programs would not be successful."

The government announced a new senior's dental program in November 2019, along with a $90 million investment into the program.

The ODA acknowledges that it’s a good step, but that other dental programs need more provincial attention as well. 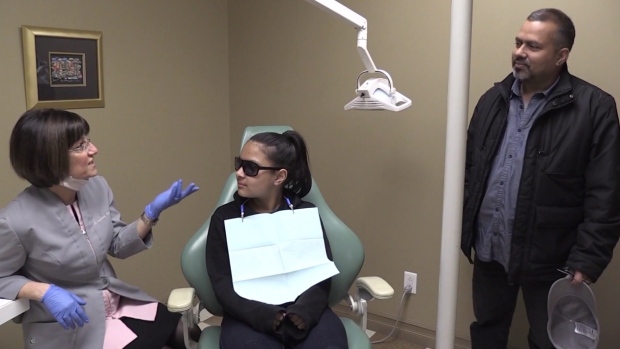 Dr. LouAnn Visconti with a patient and her parent. (Lydia Chubak)

If successful, Visconti said the plan would be to develop a funding model to use with the province’s other dental programs.

The Ministry of Health’s spokesperson Hayley Chazan issued a statement to CTV News regarding dental care in Ontario.

While the ministry did not address the ODA’s proposal, Chazan said, “We’d like to recognize the hard work of dentists who work with us on the Healthy Smiles Ontario program, which provides free, routine and emergency dental services for nearly half-a-million enrolled children in our province.”

"We want to thank the thousands of people from across Ontario that have shared their ideas with us through extensive Budget consultations," Chazan said.

The province is expected to release its 2020 budget on March 25.