Nature lovers in northeastern Ontario share a protectiveness over the region's wildlife — and will often band together to help animals in need.

That was the case last week when people from the Town of Cobalt noticed a loon nest with two eggs inside at Bass Lake Resort, in the nearby Coleman Township, which was abandoned after the death of its mother loon.

Mita Gibson said faint chirping was coming from one of the eggs and fearing that the two unborn loons wouldn't survive, she and the Woodlands Wildlife Sanctuary in Minden, Ont., hatched a plan to save them.

"That chick may have hatched on its own and would have succumbed to predators or to a human or something like that, so that was my concern," Gibson said.

A race for survival

They decided that rushing the eggs four hours south was the best option for their survival, and they needed to act quickly and precisely.

Luckily, caring for birds has become one of Gibson's specialties. She owns chickens and said she has rehabilitated two injured robins and a crow.

So Gibson said she was fully prepared for the mission, starting with bringing the eggs straight home to be placed in an incubator at around 37 C to keep the eggs warm in place of their mother.

The next day, she packed the eggs into a cozy box, hopped in her car, and began driving south. 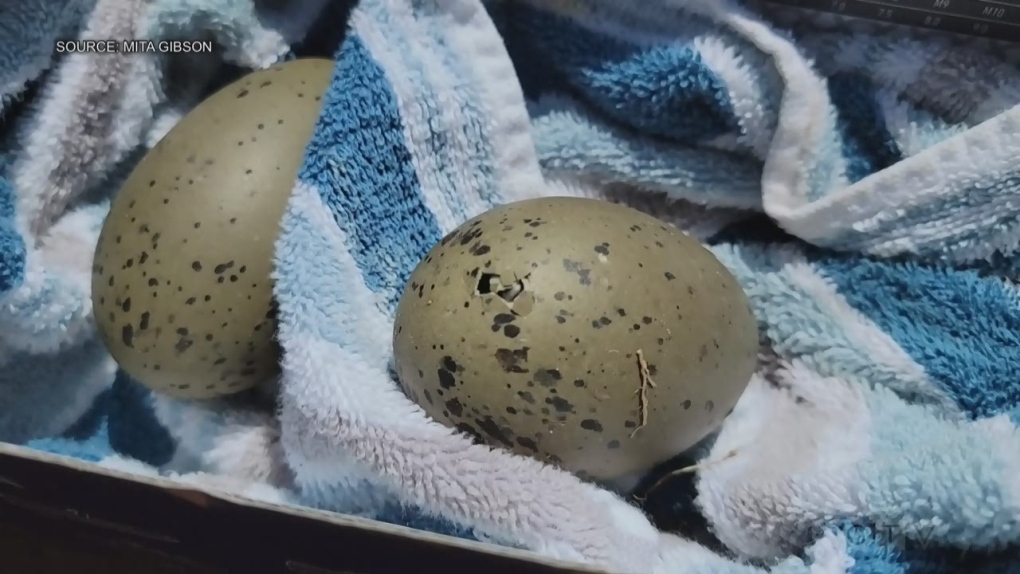 Nature lovers around northeastern Ontario worked together to save two abandoned loon eggs in Cobalt after their mother died. (Mita Gibson)

"I endured a ride with the windows up, no (air conditioning), just so that the car was warm enough," Gibson said.

One egg was already starting to hatch, one loon's beak pecking through its eggshell fighting to be free.

That's both a good sign and bad for the president of the Woodlands Wildlife Sanctuary, Monika Melichar, who said the race was on to get the eggs to Minden.

"We did not want the baby hatching on the road or actually getting chilled," Melichar said. "Those two factors were at play, so the quicker we could do it, the better."

The sanctuary arranged a transfer with a North Bay area couple, who would take the cargo the rest of the way.

Wanting to make sure the baby loons were safe, Lorrie Douglas and her husband Don made the exchange with Gibson at a coffee shop and continued the relay south.

"I had a heating pad underneath the box to keep them warm," Douglas said. "You could hear (one of the chicks) chirping, he was very vocal the whole entire ride."

The twin eggs made it safely to the sanctuary, though only one survived.

Melichar said the chick took a while to break through its shell, but early the next day it broke free in triumph. 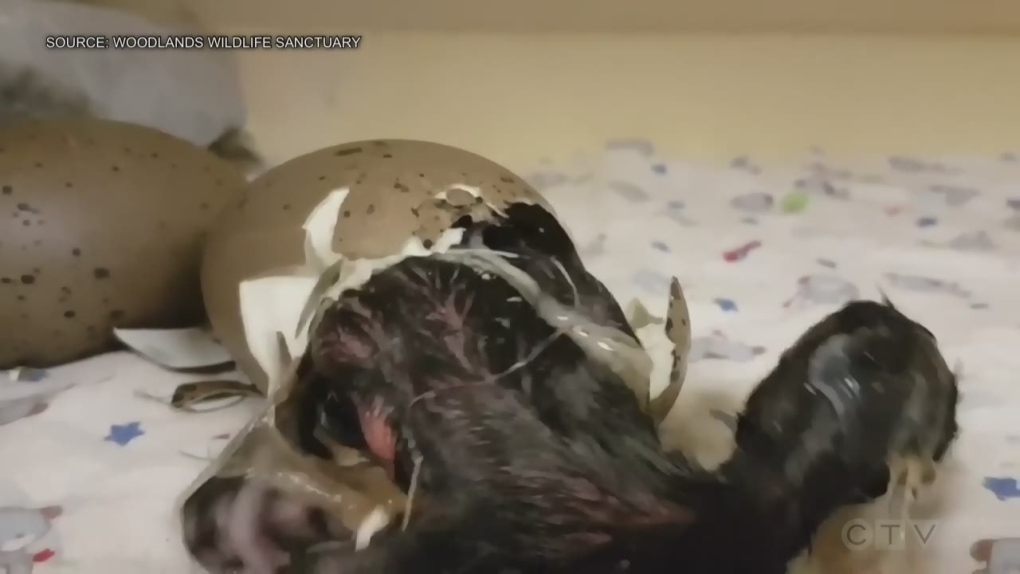 Loonlet hatching out of its shell at Woodlands Wildlife Sanctuary. (supplied)

The team of wildlife heroes said they were relieved to see the young loon waddling, though admit that humans played a role in causing it to be abandoned in the first place.

Melichar said human activity can often distress wildlife and particularly at Bass Lake in Cobalt, Gibson estimates that there have been very few successful loon births in the past five years.

Considering the impact humans have on the environment, Douglas said people have a responsibility to help struggling animals whenever possible.

"Wildlife has so many challenges, to begin with," she said. "Any little thing that we can do to help, they need it."

The Minden sanctuary named the lucky loon 'Luna,' though the staff isn't yet sure of its sex. 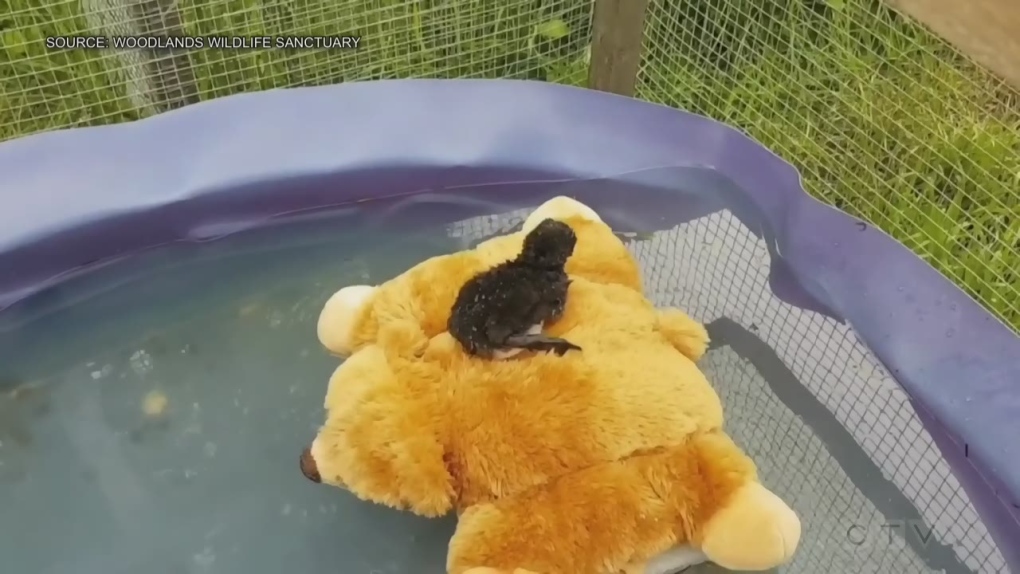 Luna the loonlet is being taken care of at a Minden, Ont. wildlife sanctuary after its egg was abandoned in a nest in northern Ontario. (Woodlands Wildlife Sanctuary)

Luna has made friends with another rescued loon at the sanctuary, Gibson said, and after a week, Luna is healthy and already twice its original size.

While it was a bitter-sweet story for the orphaned loon, Gibson is glad it has a happy ending.

"I'm happy that it'll have its chance," Gibson said."We're a part of nature and the more people put that extra effort into helping creatures like this out, the better we'll all be in the end."

Canada-U.S. border impact uncertain after U.S. says foreign visitors will have to be vaccinated

The White House says that adult foreign nationals will have to be fully vaccinated against COVID-19 in order to travel to the United States by early November, but it is not clear how the new policy will specifically impact travel at the Canada-U.S. land border, where non-essential visitors remain prohibited from crossing.

A search of a Florida nature preserve failed to find the young man wanted for questioning in the disappearance of his girlfriend, Gabby Petito, police said Monday, a day after authorities announced the discovery of a body believed to be hers at a Wyoming national park.

Maj.-Gen. Dany Fortin's legal team says they have given the Crown documents relevant to their client's sexual assault case.