A long-time letter carrier in North Bay is hanging up his mailbag.

After years of delivering the mail in all types of weather, Pete Savard felt some warmth Thursday through a fond send-off from the people on his route.

From signs, cupcakes and gifts, homeowners in the Birch Haven neighbourhood wanted to honour Savard on his way to retirement.

“It’s been really rewarding, and the reason I’m retiring is because I can,” said Savard.

“Everybody is so friendly -- there’s a million things that I have been blessed with. A lot of that is there friendship and willingness to help."

Neighbours in the community told CTV News Savard is more than just a typical postal worker.

He brings in the garbage cans, gives the dogs treats and is always willing to have a conversation. 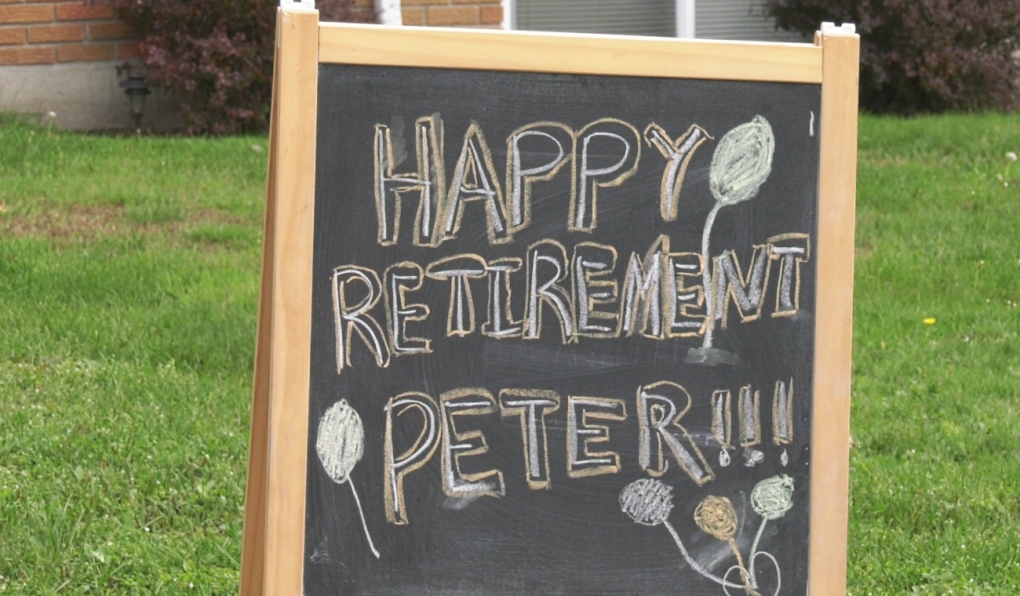 From signs, cupcakes and gifts, homeowners in the Birch Haven neighbourhood wanted to honour letter carrier Pete Savard on his way to retirement. (Jaime McKee/CTV News)

“He’s a very honest, sincere, person and we’re really going to miss him said Melissa Turgeon, who lives in the neighbourhood.

"He creates an atmosphere in the neighbourhood which you don’t see very often anymore, so we’ve been really lucky.”

“He is just the kindest fellow,” said Brenda Geden, another person on Savard’s route.

"He doesn’t just deliver the mail. He asks if there’s anything he can do, anything you need. Sure enough, there he was just to help with everything."

Mail delivery runs in the Savard family and Peter has passed down his career to his son Austin.

And for Pete’s final route Thursday, Austin was right there with him.

“My supervisor called me and said, would you like to take the assignment we have today? And I told him, yes, sure, I’ll do whatever it is,” said Austin.

“He then says we’re going to have you walking with your old man today, and I knew it was his last day and everything so I was super down for that.”

While the route took much longer to finish than usual, Savard said he is appreciative of what the neighbourhood did for him.

Savard said he doesn’t know exactly what his retirement will look like -- he’s just hoping for good health.