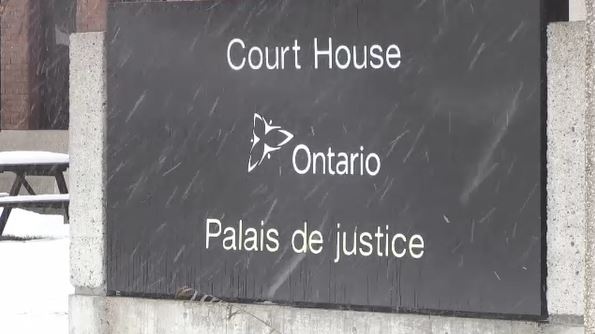 A North Bay man who ran a halfway house in the North Bay area has been convicted of historical sexual assaults dating to the 1990s and early 2000s. (File)

A North Bay man who ran a halfway house in the North Bay area has been convicted of historical sexual assaults dating to the 1990s and early 2000s.

While the judge ruled it couldn't be admitted as evidence, it turns out the accused had been convicted of other sex crimes while he lived in the U.S. for the last 20 years.

In a decision released last month, the accused was found guilty of four counts of sexual assault involving two male victims, one of whom was 17 and the other under the age of 12. The offences took place between 1992 and 2002, mainly in North Bay and Field.

The first victim testified he viewed the accused as a grandfather figure and didn't really understand what was happening because he was so young. He told the court he often slept with the accused and once, when he was about 11, woke up to find the accused on top of him committing sexual assault. He said he was in pain the next day.

At one point, the victim told other children in the home about what was happening, prompting an angry response from the accused which the victim didn't fully understand.

The second victim was the survivor of a nightmarish childhood. His stepfather was "violently abusive, an alcoholic and drug user," who may have been part of organized crime. His mother stabbed him when he was 13.

He began stealing cars, only to be arrested and returned home for more beatings. In 1992, he ran away at age 17 to North Bay, where he met the accused. The victim testified that "the accused became the father I never had."

The accused quickly arranged for the victim to receive welfare, which he kept for himself. The victim began working for him, but wasn't paid.

After leaving briefly and ending up at the Cecil Facer youth detention centre, the now 18-year-old victim returned to the accused's home to live. This time, the accused not only kept all his welfare money, he demanded to be 'repaid' when he gave the victim money and cigarettes.

That involved sexual acts two or three times per week.

“I did not consent to anything sexual with him; not once,” the victim testified. “I did what was expected of me.”

The victim ended up in jail and by 1999, the accused was running a halfway house in North Bay. With nowhere else to go, the victim agreed to move there upon his release in 2000.

But after he was assaulted again by the accused, the victim decided he'd rather be in jail so he committed another crime and returned to prison. He eventually confided in a probation officer and charges were laid against the accused in 2015.

The accused had been running the halfway house with support from social workers. He told them he was "a therapist or a psychotherapist and he had young men working for him."

While the social workers monitored the men at the halfway house for a few months, that responsibility then fell to the accused.

However, the lead social worker soon learned that the accused was using his own home for the halfway house and was "taking all of their money."

QUICKLY SHUT IT DOWN

Even though she was about to get government funding for the halfway house, she quickly "shut it down when funding was imminent to avoid any funding getting into the accused’s hands."

While finding the victim's testimony to be generally credible, the judge in the case said the accused, now 75 years old, was not. For example, instead of denying allegations outright, he had a habit of trying to present reasons why they were not credible.

"The accused repeatedly offered absurd evidence and ridiculous explanations or denied facts for which there was convincing evidence, in order to distance himself from the claims," the judge wrote.

"His evidence often devolved into argument, by explaining why things claimed by the complainants could not have happened rather than simply stating that they did not happen."

For example, when accused of kissing one of the victims, he said he would never do that because they didn't brush their teeth. He denied hugging the victim because he was "not fond of him," even though many people testified it was a regular occurrence.

"I find these explanations by the accused artificial and improvised, and not compelling or believable," the judge wrote.

The judge found him guilty of four of the five charges but rejected a Crown motion to use three guilty pleas in the U.S. in 2017 as part of their case.

The three convictions involved sex crimes against a 13-year-old victim and the Crown wanted to use them as proof of the "bad character" of the accused and that he had committed similar offences in the past.

While such evidence is permitted "so long as its probative value exceeds its prejudicial effect," the judge ruled the crimes were dissimilar enough not to allow evidence of past convictions to influence his decision.

"In my view, the United States offences are not sufficiently similar to the allegations that are at issue in this proceeding," he wrote.

Quebec's major party leaders made their final appeals to voters Sunday as residents across the province prepared to cast their ballots on Oct. 3. Polls are open from 9:30 a.m. to 8 p.m. Eastern time Monday. During that time, Quebecers will endorse or condemn their leaders' conduct during major language law overhauls, existential questions on provincial identity, and of course, the pandemic.

According to Windsor Police, the Ambassador Bridge was closed on the Canadian side Sunday evening.

Nobel prize in medicine awarded for research on evolution

This year's Nobel Prize in physiology or medicine has been awarded to Swedish scientist Svante Paabo for his discoveries on human evolution.

The British government on Monday dropped plans to cut income tax for top earners, part of a package of unfunded cuts unveiled only days ago that sparked turmoil on financial markets and sent the pound to record lows.

It's voting day in Quebec, a border crossing was unexpectedly closed Sunday night, and the Toronto Raptors begin their pre-season with a win in Edmonton. Here's what you need to know to start your day.

Ukrainian troops continued to push forward Monday with their offensive that has embarrassed Moscow, with Kyiv officials and foreign observers hinting at new gains in the strategic southern region of Kherson.