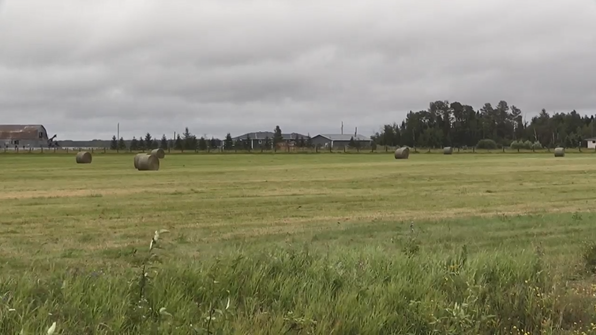 TIMMINS -- According to the Northeast Community Network (NeCN), there are roughly a million acres of unused land across northern Ontario — which could potentially be bought or leased to boost the local agriculture industry.

That's why the organization is partnering with the Agri-Food Land Development Project and municipalities to survey landowners to determine who is willing to sell or lease farmland.

"It's been indicated that the food supply around the world will increase by 70 per cent by 2050," said Alain Robichaud, NeCN's vice-chair. "Ontario needs more jobs and in northern Ontario, we need to grow our economy and we need to grow our population."

Robichaud said this survey is an early step towards that, with the eventual plan being to connect new or expanding farmers with available land.

College Boreal's research and innovation director, Robin Craig, has been working with Guelph University and a number of agri-food organizations to delve into the struggles facing the industry, coupled with surging demand for local food, and find new ways to support them.

Agriculture is a rather resilient industry, Craig said, and businesses are adapting surprisingly well to the circumstances, which is why it's a good time to invest in farming.

"I think there's lots of potential. There's already an interest in a lot of farmers from southern Ontario wanting to move to northern Ontario right now," said Craig.

The challenge, she explained, is that farming in the north takes adjusting to when coming from down south. Northern agriculture lends itself more to things like potato crops in Sudbury, she said, livestock farming in the Cochrane District or maple syrup in the Algoma area.

She said it also offers the opportunity to adjust to local demand, which can find farms exploring more niche products, like mushrooms.

Moreover, she said there needs to be proper infrastructure to support farmers.

"It's a whole service and supply sector that has to come along and support that farm industry," Craig said. "Whether it's having veterinary services, whether it's having feed, distributors, storage. All of those things have to come in [...] it's not just one individual farmer."

As more farmers establish themselves in the area, Robichaud said those elements will develop organically as the supply and demand for local agriculture increases.

"You see it in Temiskaming Shores, you see it now in Matheson," Robichaud said. "Land is being cleared ... people are farming, people are coming more to the north."

For landowners willing to participate — whether or not they are looking to sell or lease — Robichaud recommends either contacting the Northeast Community Network or the local economic development department. The submissions, he said, will be compiled in a database to determine what unused land is and isn't for sale.

Building a farming hub in the north

Timmins farmer Noella Farrell owns her generational family business Mattagami Heights Farms and recalls when the area was once bustling with farmland, now dwindled to a fraction of its hay day.

There's plenty of land where she said experienced farmers from southern Ontario could set up and rebuild the industry.

"I believe Timmins could be a hub for farming if people came in from the south," said Farrell.

There is also a possibility for more well-established businesses to help novice farmers build their presence in the area.

To that end, Farrell said farming is certainly appealing due to lower land costs and property taxes, but the business isn't necessarily for everyone.

"To people that want to start, make sure it's a passion," Farrell said. "Make sure it's something that you really want. Certainly, it's a lot of hard work, but it certainly is work that's very satisfying."