SUDBURY -- Flags are flying at half-mast at Timmins City Hall as the memory of local former broadcaster and politician Don Dewsbury is honoured.

He was well-established in the northern community after moving from Toronto.

Dewsbury worked as a broadcaster at CFCL-TV and MCTV, and served on city council for over 30 years. 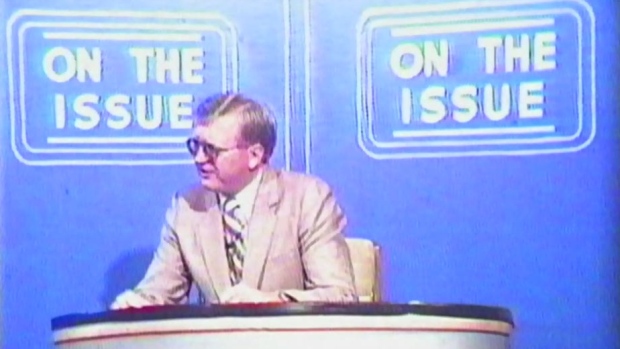 In a statement, Mayor George Pirie paid tribute to Dewsbury:

"We would like to extend our deepest condolences to Don’s family and friends. Our community has lost an outstanding citizen, who served this city for 30 plus years on Council, and continued to offer support to our current administration up until very recently. He was a true gentleman, and his knowledge and goodwill shall be truly missed."

Former MCTV News Director and co-worker Kevin Vincent relects on Dewsbury's impact on the community, saying "Don was an asset to the community, he certainly, as a broadcaster, connected with so many people, as you do in small-town television, small-town radio. But on top of that, as a very recognizable individual, ran for city council, was successful for a number of years. Had a particular love for sports and recreation and tourism, in particular. There’s no question that Don left his fingerprints on the community."

Vincent adds, "Don was certainly one of the more recognizable characters in Timmins for many, many years. He was Santa Claus’ helper, Mr. Helper, for many, many years on television. He always had a smile for everybody. Very smart, had a lots of wisdom and he loved to share that wisdom and I know a lot of people are going to miss him."