TIMMINS -- After a seasoned career at Glencore Kidd Operations, the mining firm’s old fire truck will find new life at Collège Boréal’s truck and coach technician program in Timmins after a donation Thursday.

The firm recently upgraded its fleet of emergency fire trucks and felt students at the college would benefit from getting hands-on experience with the machinery.

"They’ll be able to work on all the components, anything from hydraulics to the diesel motor that’s on it, to the water system that’s on it," said Guy Lamb, site safety and energy response coordinator at Kidd Operations.

"It did it’s time for us and we wanted to pass it on to somebody that could get use out of it in the future," he said. 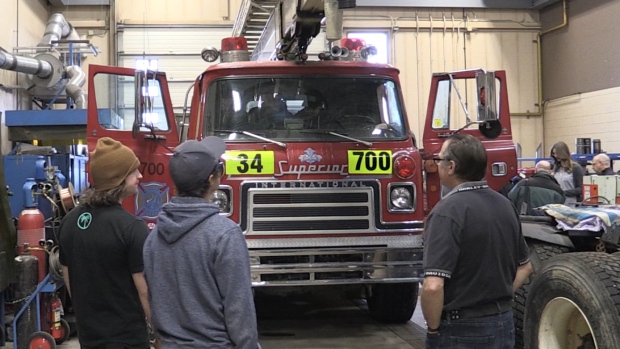 Kidd Operations gave the truck and its key to the program as an in-kind donation and signed over ownership of the truck to the college.

The unit does all the work of a city fire department’s truck, equipped with an 80-foot aerial ladder, a water pump and nozzle that can spew out roughly 4000 litres of water per minute, and a 1900-litre diesel gas tank.

Students at Collège Boréal’s technician and apprenticeship programs typically train on more commercial trucks or cause simulators to practice working on other types of vehicles. 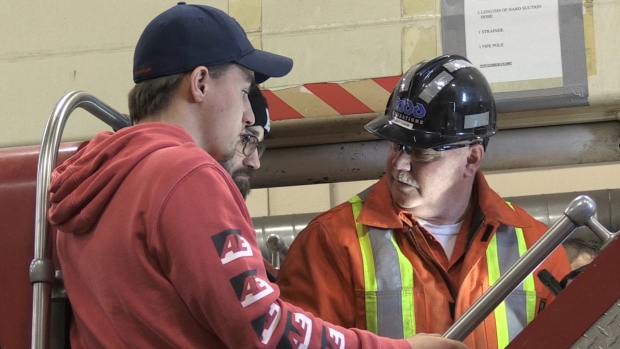 Ernest Plante, professor and coordinator of the truck and coach program, said having a new vehicle to train on is an educational bonus.

"There’s so many variety of different brands of engines out there, transmissions, so it’s nice to have a variety of components to work on," said Plante.

Students will use the truck to practice tearing down and reassembling the engine and transmission.

They will also perform diagnostics and mock repairs on faulty parts placed on the truck. 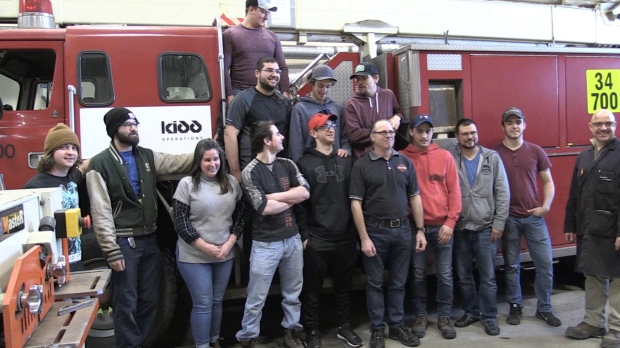 A class of students from the program took a tour of the unit, getting introduced to its manual parts and, of course, toying with its quintessential horn and siren.

One student said the age of the truck will present a unique experience,  as opposed to just working on a newer model.

"I thought it was pretty retro, compared to the stuff we usually work on," said Roch Sabourin.

"There’s no computers or anything, it’s mostly manual switches."