For the last two years, a large group of people from northern Ontario and beyond have come together to bead small, square tiles to form a display resembling Lake Nipissing.

The Lake Nipissing Beading Project is made up of 444 individual pieces.

Suzanne Campeau reflects on the tile she beaded. It represents an area of the lake where her family lives. 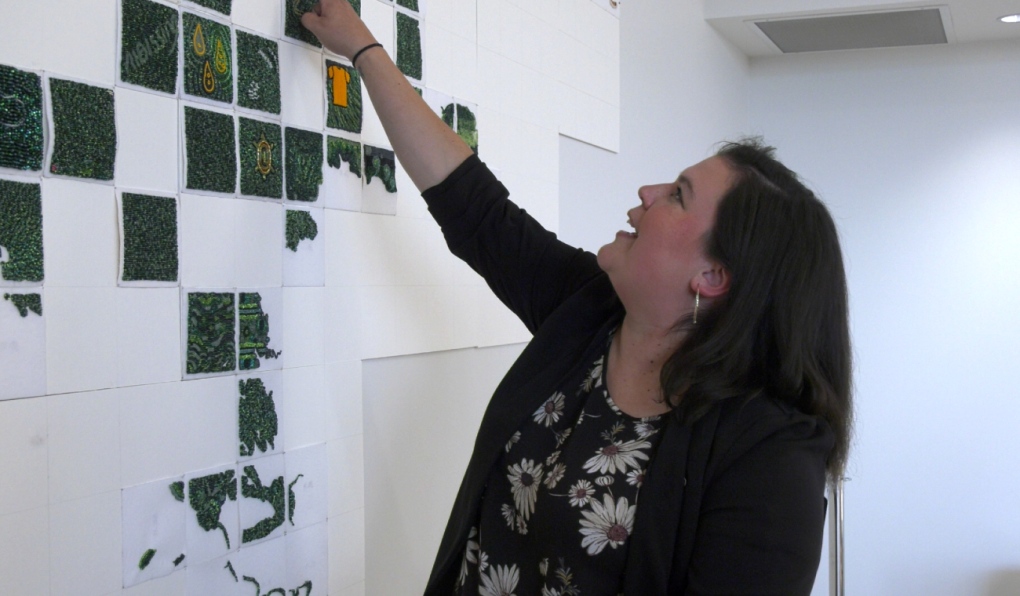 Suzanne Campeau reflects on the tile she beaded. It represents an area of the lake where her family lives. (Eric Taschner/CTV News Northern Ontario)

"My father passed away 15 years ago. He had a really strong connection to the lake and before he passed away, he asked that his ashes be near the lake," Campeau recalled.

"If we ever needed him, we could always go to the lake."

It is stories like Campeau's that are a part of the tiles. Once complete, the over 440 tiles will form a five metre replica of the lake, including its joined waterways, rivers and streams.

The project is led by Nipissing Univeristy's history and geography departments along with the Nipissing First Nation, Dokis First Nation and lead artist Carrie Allison.

"This project really subtly disrupts geography in the colonial context."

The project began when the pandemic changed our world in March, 2020. It's part of a larger partnership between Nipissing First Nation, Dokis First Nation, Nipissing University, and several museums across Anishinabek territory.

The group met through weekly Zoom meetings in response to the challenges of assembling in groups during a global pandemic, especially in First Nation communities and during the winter months.

The project is honouring the signing of the Robinson Huron Treaty of 1850 as well as lost, untold stories of First Nations who lived on the shores of the lake before colonization occurred.

Shabogesic, who was a signatory of the treaty.

"There are stories on this lake and their story was sort of left out," Mcleod Shabogesic shared.

"So that's what we're trying to re-capture here."

Many of the beaders are from areas around Lake Nipissing, but some are from other parts of Canada and North America.

Each participant received a beading kit. The lake replica will be travelling to other northern cities and museums so people can see and share their stories of the region.

"It's first going to Sault Ste. Marie, then travelling to the Thunder Bay Museum. Then it's coming home here to Dokis Museum and then it's going to travel to Timmins," explained Kristen Greer, an associate professor at Nipissing University. 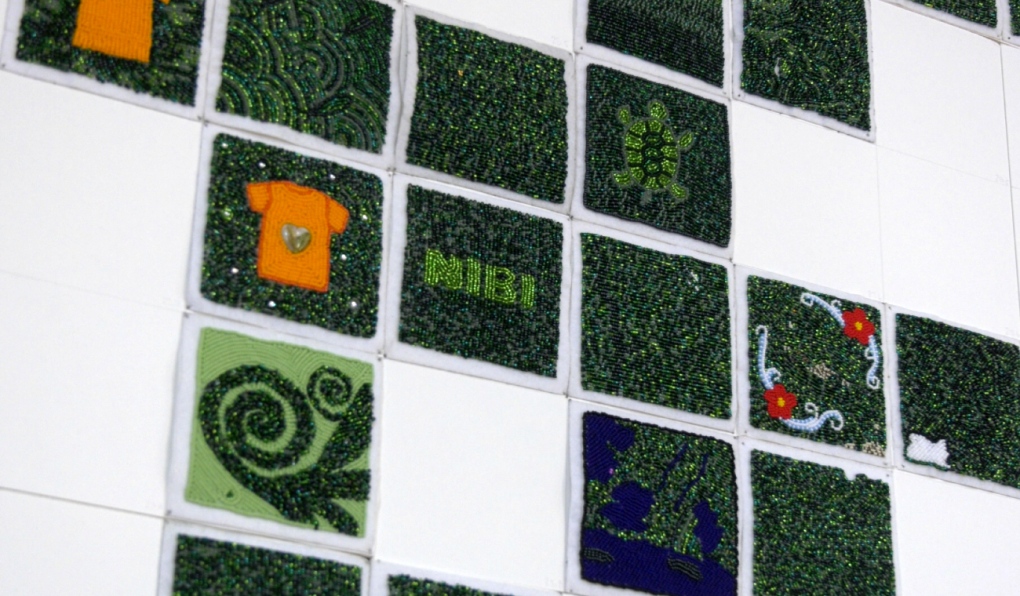 Once complete, the over 440 tiles will form a five metre replica of the lake. CTV's Eric Taschner was able to see the artwork in progress on Sept. 11/22. (Eric Taschner/CTV News Northern Ontario)

For Campeau, she can't wait to see the rest of the tiles completed to both fill in the holes of the artwork as well as fill in some missing historical lake stories.

"We've lived here for time and memorial around these waters," she concluded.

"It brought a lot of people together, both Indigenous and non-Indigenous."

More information on the beading project can be found on its website.