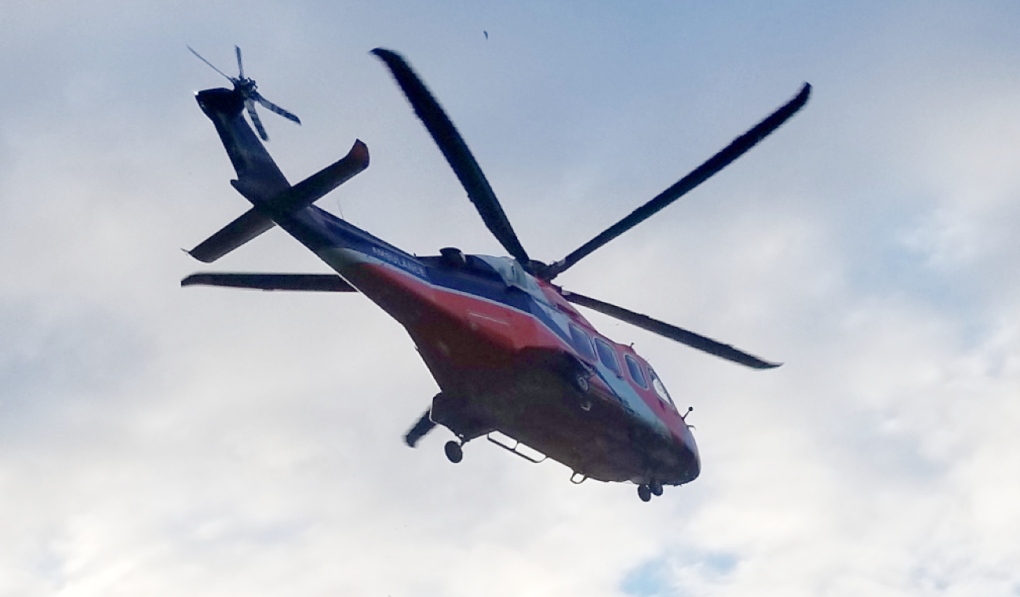 An infant injured in a two-vehicle crash Sunday in Wikwemikong was taken by Ornge air ambulance to Ottawa for treatment. (File)

An infant injured in a two-vehicle crash Sunday in Wikwemikong was taken by Ornge air ambulance to Ottawa for treatment.

Wikwemikong Tribal Police said Monday that two other people – a man, 24, and a woman, 26 – were taken to hospital in Little Current.

The incident took place around 12:30 p.m. on Kaboni Road in the Wiikwemkoong Unceded Territory.

Police are asking anyone with dash cam or video surveillance of the collision to contact them at 705-859-3141.

“The Wikwemikong Tribal Police would like to remind motorists to drive according to the road conditions,” the release said.

To remain anonymous, call Crime Stoppers at 705-222-TIPS or online.