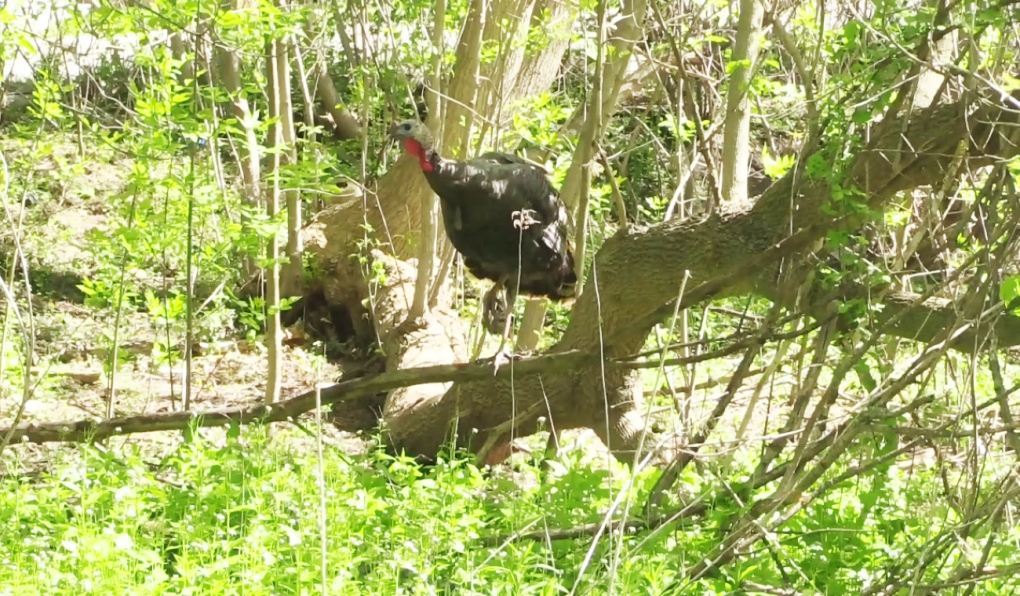 A hunter has been fined $15,000 for hitting a woman standing near her house with a stray pellet during a turkey hunt last spring near Haliburton. Ont. (File)

A hunter has been fined $15,000 for hitting a woman standing near her house with a stray pellet during a wild turkey hunt last spring near Haliburton. Ont.

“Madill must also complete the Ontario hunter education course and the Canadian firearms safety course before obtaining another hunting licence,” the Ministry of Natural Resources and Forestry said in a news release Friday.

The court heard that on May 16, Madill was turkey hunting on a property near the town of Gooderham.

“He discharged his shotgun at a wild turkey and the pellets hit a nearby resident standing beside her house,” the release said.

“The individual was not injured. Further investigation by conservation officers revealed numerous other offences, including hunting turkeys without a licence and hunting within 400 metres of bait on multiple dates.”

A ministry canine unit was used during the investigation to retrieve key evidence resulting in a total of 12 charges being laid.

Justice of the Peace Herbert Radtke heard the case in the Ontario Court of Justice, Lindsay on Oct. 17.

To report a natural resource problem or provide information about an unsolved case, members of the public can call the ministry TIPS line toll-free at 1-877-847-7667.

On Tuesday in Ottawa, Canada's 13 premiers and Prime Minister Justin Trudeau will sit around the same table in person for the first time since COVID-19 hoping to find a path toward a new long-term health-care funding deal.