Highway 11 is closed to northbound traffic about 50 kilometres south of North Bay on Thursday morning after another crash, the second this week in the same area.

It happened at Summit Drive – exit 294 – between South River and Trout Creek, the Ministry of Transportation said in a tweet around 4:45 a.m.

Drivers can detour on Highway 124 north to Goreville Road.

Ontario Provincial Police said officers are on the scene.

No word on how many vehicles are involved, the cause of the crash or if there are any injuries.

Police have not given an estimated reopening time.

This comes just two days after a crash in the same stretch of highway involving a transport that flipped over and sent one person to hospital with minor injuries. 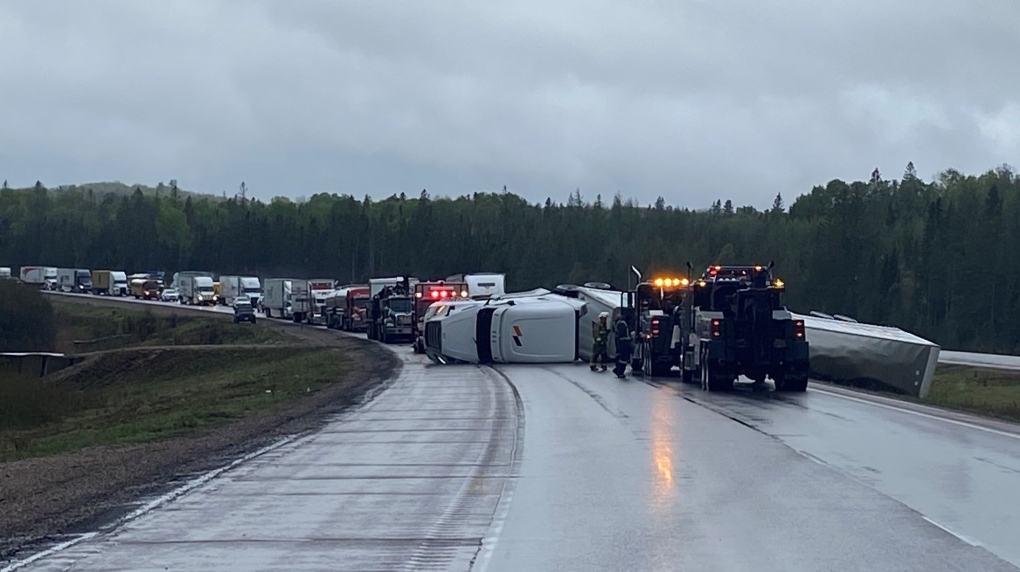 Tractor-trailer on its side on Highway 11 in South River has closed the road to traffic in both directions. May 17/22 (Ontario Provincial Police)

The highway was closed for several hours in both directions and was fully reopened 12 hours later.

Police told CTV News there are charges pending for the driver in Tuesday's crash.