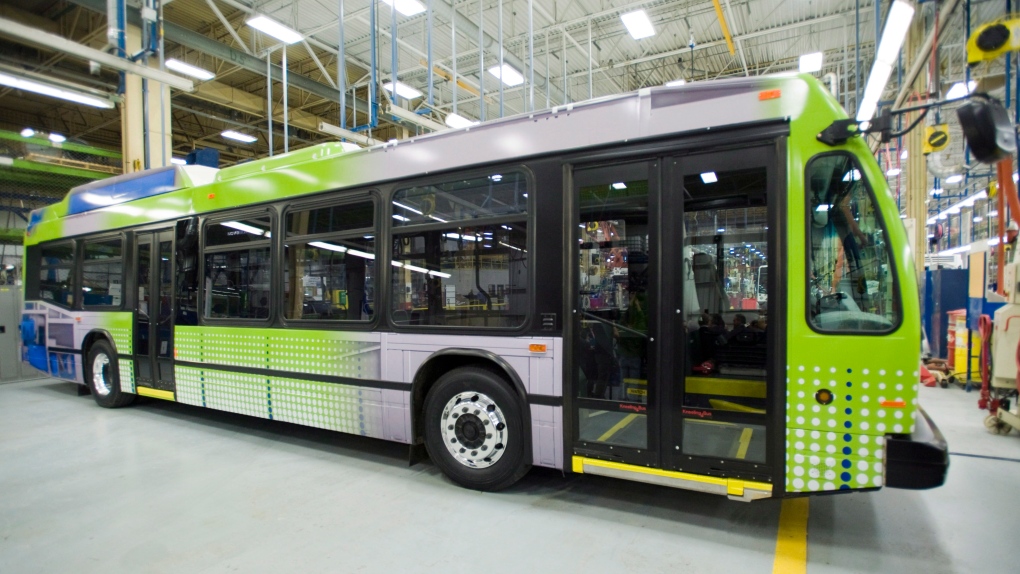 An electric bus is seen in this file photo. Greater Sudbury has a long-term plan to convert its fleet to electric vehicles, including city buses. (File)

SUDBURY -- While it won't happen soon, Greater Sudbury is getting ready for the day when all its transit buses are powered by electricity.

A report headed to city council Dec. 15 said electrifying the GOVA transit fleet – about 90 buses – as well as other city vehicles is a major element of Sudbury's plan to reduce greenhouse gas emissions.

Electric vehicles include ones that run only on electric batteries and hybrid vehicles that have a combustion engine as a backup.

While retrofits are cheaper, they take 8-10 hours to recharge a battery, compared with 4-6 hours for the specialized charging stations. Stations that charge batteries in just 30 minutes cost about $75,000 each.

Rather than replace all the vehicles at once, the report said electric vehicles will be considered first when old vehicles are being replaced.

"As an interim step, city staff have included the replacement of two light fleet vehicles with EVs in the proposed 2021 capital budget," said a staff report on the plan.

New types of medium- and heavy-duty electric vehicles are being developed and "staff will continue to monitor and identify opportunities where an electric alternative would be viable."

"Transit staff have been investigating the viability of electrifying the transit bus fleet and are preparing a business case for council’s consideration during 2021 budget deliberations," the report said.

When the process is eventually complete, the report said Sudbury will reap health and economic benefits.

"EVs typically require less maintenance than the conventional internal combustion engine and the higher capital cost of EVs can often be defrayed by federal and/or provincial incentives that can be applied to the purchase of EVs."

City council will review the report at its meeting Dec. 15, which begins at 6 p.m. Read the full report here.