A 52-year-old Kirkland Lake, Ont., man is being laid to rest on National Miner's Day following an underground incident at the Young-Davidson gold mine in Matachewan last week. 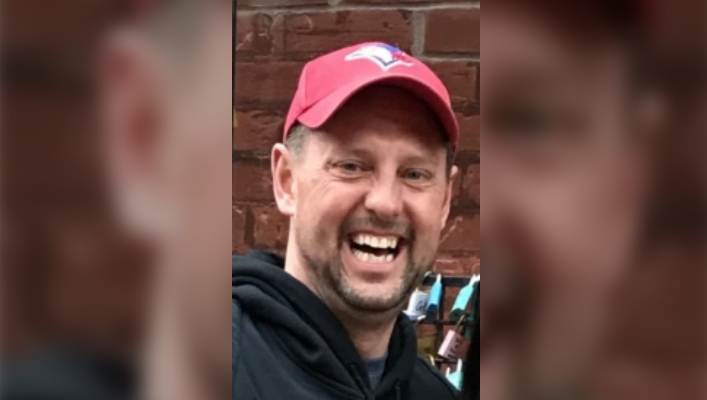 Shane Allison, 52, was killed on the job at Young-Davidson mine in Matachewan, Ont. Dec. 6/22 (Obituary)

Shane Allison was killed after being struck by a vehicle underground at one of two mines owned by Alamos Gold.

As a result, the mine received one requirement and three orders from the Ministry of Labour (MOL) following the fatal incident related to the ongoing investigation.

Since Nov. 29, three additional requirements have been issued to Alamos Gold as a result, the ministry told CTV News in an email Dec. 7.

"When an inspector determines that a contravention of the Occupational Health and Safety Act is occurring, they issue orders to the appropriate workplace party to bring them into compliance. An order can be issued to various workplace parties including the employer, supervisor or to a worker," the ministry said.

"Requirements are types of orders issued when an inspector needs to gather information or determine/verify compliance. Examples include, a requirement to provide documents, records or information or to keep employees away from the scene (hold the scene)."

"Throughout his career, Shane sacrificed a lot of his time at the lake and away from his family. His dedication and approachable nature made him well respected and liked by all his co-workers," his obituary said.

"No family should ever have to experience this kind of devastation. This is the second fatality in the mining sector in northern Ontario in the past month. The health and safety of workers should always be paramount in all workplaces," Myles Sullivan, USW District 6 director (Ontario and Atlantic Canada), said in a statement.

"The USW cares and is here to provide support to all during this horrific tragedy."

Alamos Gold spokesperson Rebecca Thompson told CTV News in a phone interview, the mine is not unionized and the United Steelworkers do not have a presence at the Young-Davidson mine.

The Town of Kirkland Lake is flying flags at municipal facilities at half mast in honour of Allison, a lifelong resident. 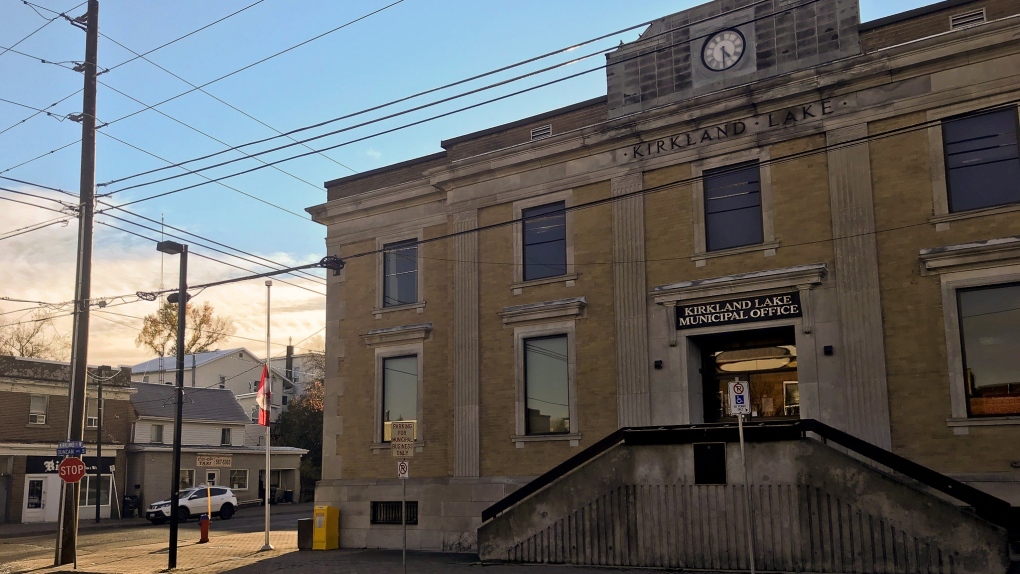 Kirkland Lake municipal office flies its Canadian flag at half mast in honour of the death of a local miner who was killed at Young-Davidson mine. (Supplied)

"On behalf of the Town of Kirkland Lake, I extend my deepest sympathies to the families, co-workers, and friends. We are all faced with the feeling of profound sadness when a life is lost in a mining accident. We wish strength to all affected as the community mourns the death of one of our own," Wight said.

Online condolences include one from NDP MP Charlie Angus.

"My deepest sympathies to the family, friends and workmates of Shane Allison killed on the job at Alamos Gold. Thinking of his wife Debra and two daughters, Stefany and Darian and his grandchildren, Jett and Bowie. Shane loved the north. He loved his work. This is a sad time for our region," Angus said.

"The greatest wealth that ever came from the mines was the miner going home at the end of the shift."

"National Miner's Day is an opportunity to recognize the vital contribution miners make on the prosperity and well being of our society. Not only has Canada’s mining industry flourished as a result of the hard work and dedication of our miners, it has also led the way in creating the highest standards of health and safety. There is strong sense of community among those involved in mining in Canada. It impacts all of us when we lose one of our own," said John McCluskey, the president and CEO of Alamos Gold, in an email to CTV News.

Funeral services for Allison are being held Tuesday at Heritage North on 400 Government Road West in Kirkland Lake. Visitation is being held from 11 a.m. to 1 p.m. followed by a celebration of life.

Young-Davidson is one of Canada's largest underground gold mines.

Alamos Gold also has a second mine site in northern Ontario, Island Gold, located near Dubreuilville.

Two weeks prior to Allison's death, a Scott Steel Erectors employee was killed at Argonaut Gold's Magino Mine near Dubreuilville when struck by materials. The Ministry of Labour said the company has been given two orders following the fatality. 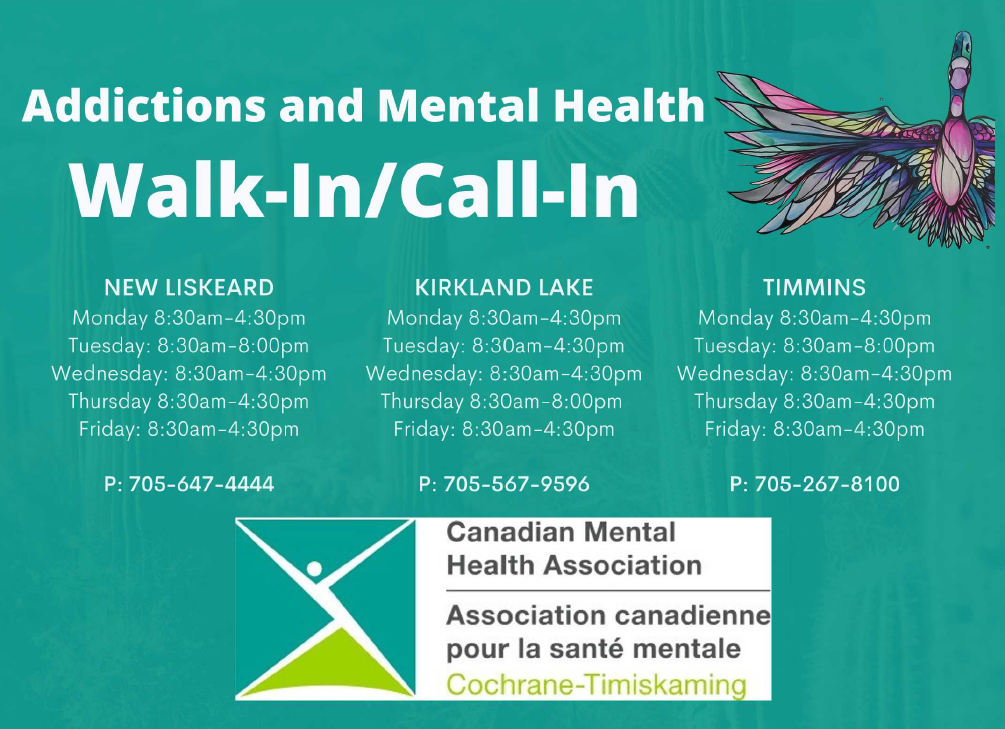 Free and confidential support is being offered through USW's emergency response team program and is available to anyone who has been affected.

"Our trained USW members provide this specialized support during times of crisis, in the event of critical injuries and workplace fatalities. Anyone from the mine and Kirkland Lake community can contact USW District 6 health, safety and environment co-ordinator Sylvia Boyce for support at 905-741-9830," Sullivan said.

Q & A with a Russian warfare expert: 'This is not a proxy war' with the U.S.

With the anniversary of Ukraine's invasion by Russia around the corner, CTV News sat down with a Russian warfare expert to discuss how he sees the conflict playing out and what happens next.

According to Environment and Climate Change Canada, as of Thursday morning there were extreme cold or winter storm warnings active from coast to coast, with the harshest extreme cold warnings stretching from northern Alberta all the way to Nova Scotia.

Would you pay $300 a year for quick access to a nurse? Dealing with demand, Ontario doctors get creative

Paid subscriptions to on-demand care are among the many strategies primary health-care providers in Ontario are adopting in order to meet increased demand for access to doctors in the past year, while also managing staffing shortages.

Nestle Canada says it is winding down its frozen meals and pizza business in Canada over the next six months. The four brands that will no longer be sold in the freezer aisle at Canadian grocery stores are Delissio, Stouffer's, Lean Cuisine and Life Cuisine.

A paramedic signing off for duty for the last time got choked up and teary-eyed during his final radio call to colleagues.

Hundreds of customers who scan QR codes for restaurant menus across Canada are being surprised by secret menus instead, revealing the hidden costs behind the food they eat.

One of Saskatchewan’s oldest hockey rinks has garnered national attention for its unique features and unusual design.

The U.S. is tracking a suspected Chinese surveillance balloon that has been spotted over U.S. airspace for a couple days, but the Pentagon decided not to shoot it down due to risks of harm for people on the ground, officials said Thursday.

The 100 most romantic restaurants for 2023, according OpenTable

As the most romantic day of the year approaches, Canada's 100 most romantic restaurants for 2023 have been revealed for those who might consider booking a table for Valentine's Day dinner.