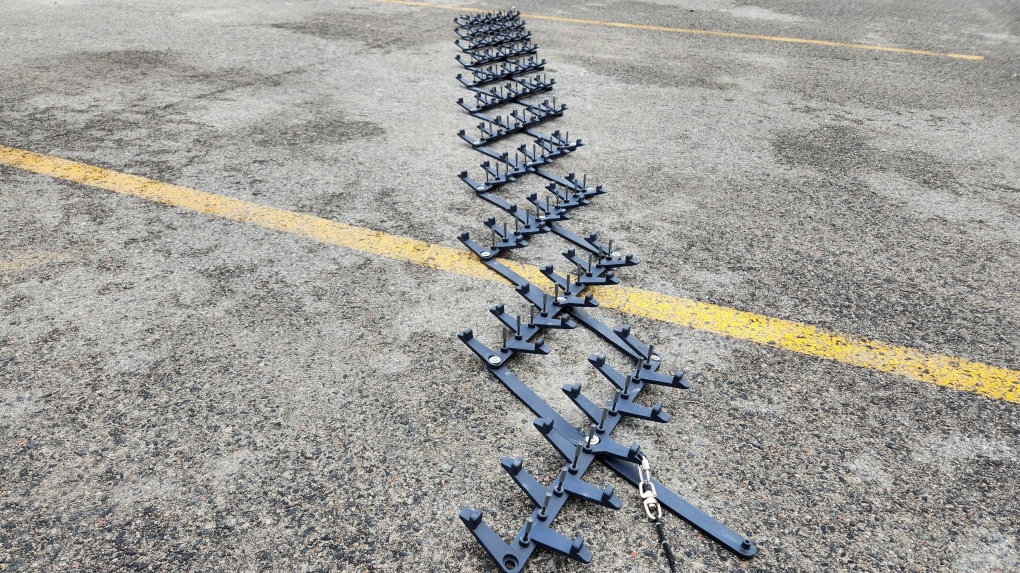 A 27-year-old driver is facing several charges after failing to stop for police on Highway 400 north of Parry Sound, hitting a spike belt and crashing into three police cruisers.

Officers with the West Parry Sound Detachment of the Ontario Provincial Police were on general patrol of Highway 69 around 1 p.m. Monday when they tried to stop a southbound vehicle, police said in a news release.

The Brampton man continued driving in an erratic manner, so officers set up a spike belt in the southbound lanes of Highway 400 near Highway 559 in Carling Township, police said.

Following the crash, the road was closed for about two hours while officers completed their investigation.

The accused has been charged with dangerous operation, flight from a peace officer, possession of proceeds of property obtained by crime under $5,000 and driving while under suspension.

He is scheduled to appear in court in Parry Sound on Jan. 5.

OPP Const. Joe Scali told CTV News in an email, no one was injured in the incident.

BC Emergency Health Services saw a slight decline in 911 calls for overdose and drug toxicity last year, but some areas saw a dramatic increase, and the death rate doesn’t appear to be slowing down.

According to a new study, showing university students the health risks of vaping through experts and personal testimonies can help deter them from using e-cigarettes.