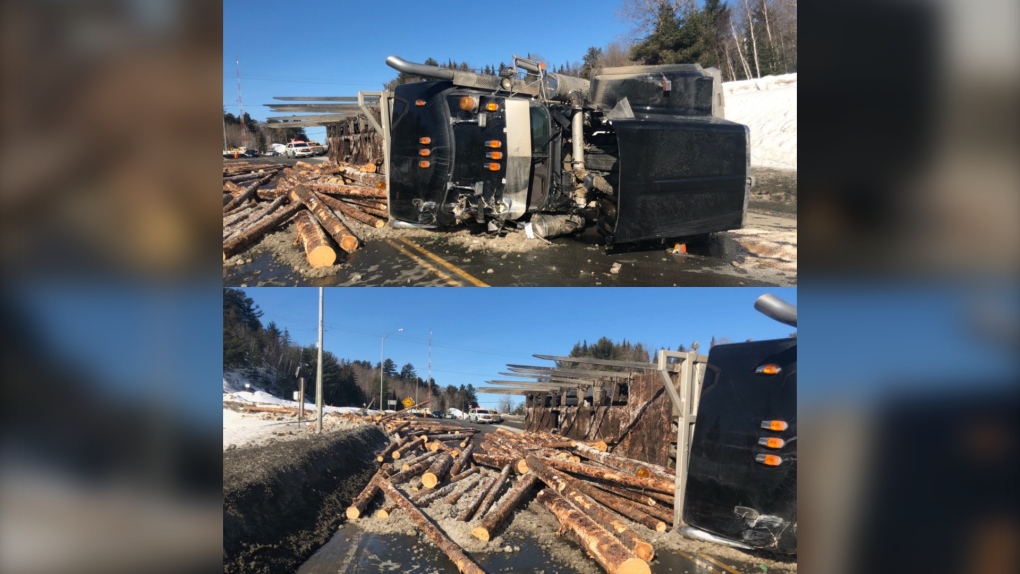 SUDBURY -- OPP says the driver of the logging truck that rolled over and spilled its load Tuesday on Highway 144  in Sudbury, near Onaping, has been charged in the incident.

Police say the 44-year-old male driver, from Searchmont, has been charged with:

The driver reportedly suffered minor injuries in the rollover.

Highway 144 was closed for about four hours after the incident.