Cuts to Legal Aid Ontario could cause 'significant consequences'

Officials with the Cochrane Law Association say lawyers are prepared to take job action against the Ford government over what they say are extensive cuts to Ontario’s Legal Aid program.

Sharon Sabourin, the co-president of the Cochrane Law Association, says the province is cutting the overall budget to Legal Aid Ontario by 30% and will increase up to 40% by 2021.

She says people with low and fixed incomes are going to feel these cuts the most.

The Cochrane Law Association had an urgent meeting on Wednesday, July 3 when its members decided to boycott their services in bail court.

“We hope it will cause some problems in relation to the services not being available for people who are in jail. Anyone who’s been picked up and being held in custody and appears in bail court wouldn't necessarily have a person there to help them with the bail process.” said Sabourin.

Legal Aid Ontario only has one staff lawyer in Timmins and two others to serve the Cochrane North region.

As of Friday, July 5, the association gave the province 30 days’ notice and at that time, Sabourin says the 16 private lawyers contracted to assist duty counsel during bail court hearings will stand as a united front and not provide those services until someone pays attention.

But the government recently cut funding to legal aid, suggesting there's a duplication of services.

"It's misleading and it's insulting. If anyone had spent a day in a bail court, they would see duty counsel is running morning, noon, and night, often doesn't get lunch when there are other people there. Eliminate those other people and it's going to be exponentially worse." said Sabourin.

In a statement to CTV News Northern Ontario, Emilie Smith, a spokesperson with the Attorney General says:

The government has inherited a large deficit, and I am pleased that LAO is taking the necessary steps to be fiscally responsible, respect taxpayers, and operate within its allocation.

We are confident that Legal Aid Ontario will be able to continue providing effective legal services to eligible low-income Ontarians in order to ensure low-income people get the legal help they need.

The Ministry is not aware of a boycott by the Cochrane Law Association. Any further questions regarding boycotts and LAO’s changes to certificates and billing for representation at bail hearings, please contact LAO directly.” 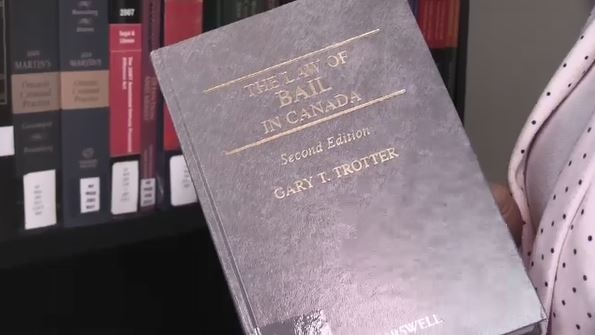 But Sabourin says they can't provide their services on 'speculation of being paid.'

As a result, she says as of August 6, lawyers with the Cochrane Law Association will not appear for regularly scheduled bail court shifts.

"It's disappointing, obviously, to have somebody say they're happy about this sort of thing, right, that's causing significant consequences to people in jail and who are at risk of having their liberty further restrained unfairly and costing the government more." said Sabourin.

In a statement to CTV News, Legal Aid Ontario says it's reviewing this announcement and is open to meeting with the law association to discuss the issue.

Sabourin says that's encouraging, but if nothing happens over the next few weeks, the Cochrane Law Association apologizes in advance for the disruption a boycott will cause. She says they are small in number, but strong in their view that the provincial funding cutback is not okay.