Are you bothered by other people's fidgeting? It could be this condition 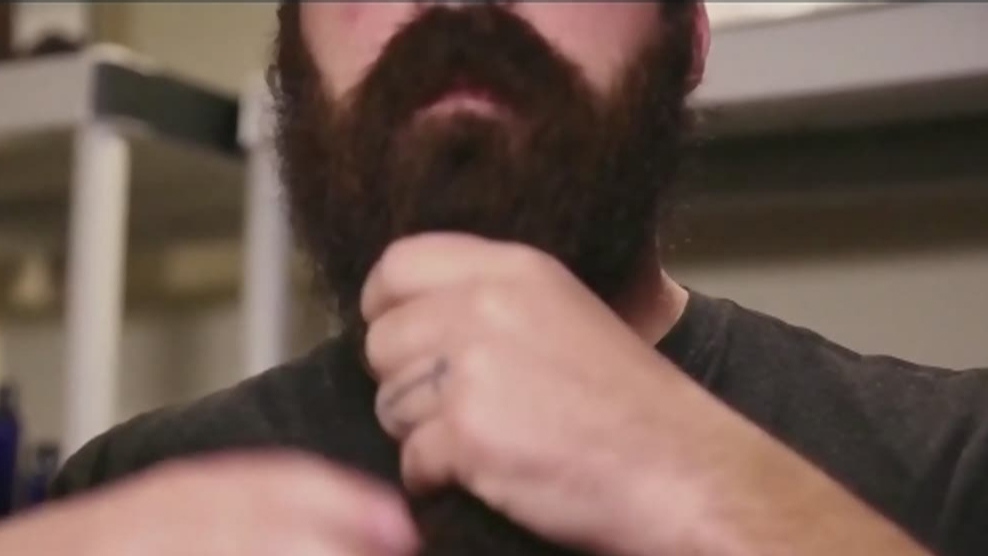 If the sight of someone stroking their beard irritates you, you may have misokinesia. (File)
Sudbury -

Does the sight of someone tapping their foot drive you crazy? What about finger tapping on a table? Or someone repeatedly stroking their beard or scratching their head?

If any of this rings true, you may have a condition known as misokinesia – literally, "hatred of movements."

It's the visual counterpart to misophonia – the hatred of sounds, when things like lip smacking or food chewing drive you up the wall.

Two researchers from the University of British Columbia -- Todd Handy, a psychology professor, and Sumeet Jaswal, a PhD student in psychology -- have published their study into misokinesia and found as many as one in three people have some degree of the condition.

Handy said his interest in the topic was sparked by comments from a partner.

"I was having dinner one night with my partner early in our relationship and she stopped me and said she needed to tell me something," he said.

"She didn't want me to feel attacked, but she let me know that I fidget a lot and it was really difficult and stressful for her to experience."

Aside from being startled, Handy wondered just how many people have similar issues.

"As someone who had a background in studying visual attention … I was instantly piqued by the issue and sort of saw what it might be speaking to in terms of how our brains work," he said.

He began to ask his students in class a question: if you're in a restaurant and somebody at a table in your field of view is fidgeting or shaking their foot, how many would find that difficult to deal with?

'Oh my gosh, somebody is talking about this'

"Regularly a third of the class would raise their hands," Handy said. "But even more, what stood out to me was this recognition I'd see on students' faces. 'Oh my gosh, somebody's talking about this. Nobody ever brings this up.' And so I think there's a lot of people have been silently suffering."

"Definitely some people would be impacted by both the sound and the visuals," said Jaswal. "But it's definitely the visual part because we've found some people that see somebody through the window or something tapping in a restaurant, and then they're bothered by it, even though they don't hear it."

She said there's a range of reactions, from mild annoyance to extreme anger.

"It's definitely not a binary phenomenon," Jaswal said. "(For some people) it's a barrier for them to live their life. It impacts how they socialize at the work, how they learn."

Handy said they have been in contact with people whose misokinesia affects relationships with people closest to them.

"There are people in families who can't basically interact with other people in their family because of the sensitivity to the movements," he said. "And for some, it can be really devastating, which is a real eye-opener to see the depth to which this can cause problems for people and those who care for them and love them."

There are Facebook support groups for sufferers, many of whom are realizing for the first time they have a condition.

"I was totally thinking, 'omg, what's wrong with me and why am I mad you are stroking your beard?'" one person posted. "It totally makes sense now."

The researchers said the cause of misokinesia is unknown, and they hope further research will uncover clues.

"Certainly one component is, you know, an emotional reaction to things on that very visceral level," Handy said.

As part of their research, they are interviewing people in support groups that have extreme reactions to repetitive movements to see if there are things they have in common that might help them better understand the condition.

"Those people seem to be the more intensely affected folks … I'm looking at about 25 of them right now," Jaswal said.

"It might seem like a very small thing to us, that it's just fidgeting. Why are you bothered by this? But it definitely impacts people to the point that they can't live their normal lives, and it's impacting their quality of life. So, we just want to have more understanding."

The pair are continuing their research not only to better understand the condition, but to raise awareness among people that it exists and, down the road, help develop treatments.

"I think that's always something that, you know, we're hoping to inform on at some point," Handy said. "Can we find things that actually would be helpful for those who actually might need to seek treatment for the issue when it's more extreme?

"That's certainly hope, but it's probably a little bit further down the road."

Handy and Jaswal have created a website where people interested in the condition, or think they may have it, can learn more and enroll to participate in their research.