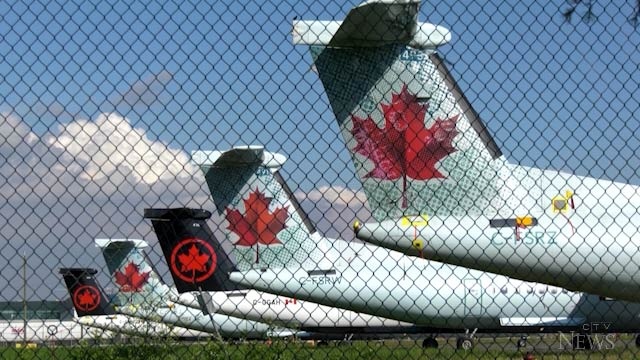 Hard hit by the COVID-19 pandemic, Air Canada announced Tuesday it is suspending service on 30 domestic regional routes, including from North Bay. (File)

SUDBURY -- Hard hit by the COVID-19 pandemic, Air Canada announced Tuesday it is suspending service on 30 domestic regional routes, including from North Bay.

The airline is also closing its North Bay station, one of eight stations at regional airports in Canada that are being closed.

"These structural changes to Air Canada's domestic regional network are being made as a result of continuing weak demand for both business and leisure travel due to COVID-19 and provincial and federal government-imposed travel restrictions and border closures, which are diminishing prospects for a near-to-mid-term recovery," Air Canada said in a news release.

Air Canada expects the industry's recovery will take a minimum of three years.

"As a consequence, other changes to its network and schedule, as well as further service suspensions, will be considered over the coming weeks as the airline takes steps to decisively reduce its overall cost structure and cash burn rate," Air Canada said.

As a result of COVID-19, Air Canada reported a net loss of $1.05 billion in the first quarter of 2020, including a net cash-burn in March of $688 million. The carrier has undertaken a range of structural changes including significant cost savings and liquidity. Other measures include:

- A workforce reduction of approximately 20,000 employees, representing more than 50 per cent of its staff, achieved through layoffs, severances, early retirements and special leaves;

- A company-wide cost reduction and capital deferral program, that has to date identified around $1.1 billion in savings;

- The permanent removal of 79 aircraft from its mainline and Rouge fleets;

- And raising approximatively $5.5 billion in liquidity since March 13, 2020, through a series of debt, aircraft and equity financings.

A full list of routes being suspended by Air Canada:

The following are the Regional Airports where Air Canada is closing its stations: