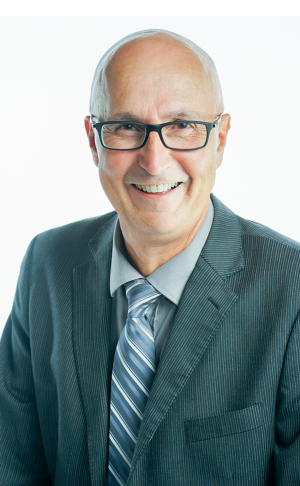 Rick Wyman is an editorial producer at CTV News Northern Ontario and his media career dates back over 40 years.

After growing up in the Ottawa-Hull area, he left home to pursue employment in Nova Scotia in the mid-70s.

While radio was his first love, Rick quickly adjusted to the world of television in 2012 and is now a regular contributor to CTV News Northern Ontario's digital platform.

He came to CTV with a solid radio news background, and shared an RTNDA award with coverage of the Constable Joe McDonald shooting death while working at CHNO Sudbury.

Rick now calls Sudbury his home and feels quite comfortable in the city of lakes, having raised two children, and is now a grandfather to six, including five boys.

While work consumes much of his passion, Rick also finds time to officiate minor sports in the city and is involved with the Greater Sudbury Hockey Association on-ice and on the executive level. He is also involved with Sudbury Minor Baseball, as well as local slow pitch and softball leagues as an umpire.

Two charitable causes that are important to Rick are Alzheimer's and Dementia, which have affected members of his family.

Rick can converse in both of Canada's official languages, English and French.

Shared an RTNDA award with coverage of the Constable Joe McDonald shooting death while working at CHNO Sudbury.