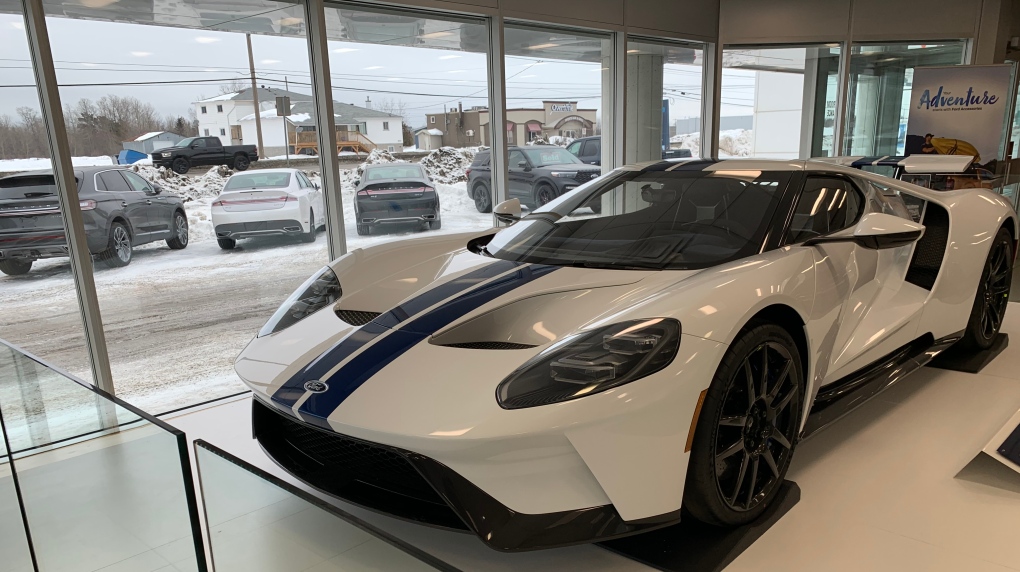 Belanger Ford Lincoln Centre has purchased the only dealership-owned Ford GT in Canada and says the movie 'Ford v Ferrari' has boosted the popularity of the car since the film’s release. (Feb.20 /2020)

SUDBURY -- A special car you won't see in other Ontario dealerships, is now exclusively on display in the Sudbury area.

Belanger Ford Lincoln Centre has the only dealership-owned Ford GT across the country.

"Since we were diamond award winners in 2018, Ford had decided to put everyone's name in a draw, and fortunately, we were one of the winners," said Josée Bélanger-Leroux, of Belanger Ford Lincoln.

Bélanger-Leroux says she was then able to purchase one of 40 GT's that were delivered in Canada throughout 2019.

She says it is also the only one in Ontario.

"Many customers are saying 'wow, who is going to buy this beautiful vehicle in Sudbury?'" said Bélanger-Leroux. "I know there's a lot of money in Sudbury and I hope to sell it to someone here locally."

The dealership says the movie Ford v Ferrari has boosted the popularity of the car since the film’s release.

"The car has created a lot of buzz and enthusiasts from all over are coming over to view our showroom," said Chris Fleury, Sales Manager at Belanger Ford Lincoln.

The movie tells the story of how automotive designer Caroll Shelby and driver Ken Miles built the vehicle for Ford, so the company could compete with Ferrari at the 24 Hours of Le Mans race in France.

"I was just touring dealerships and was shocked to see this when I walked in," said Billy Boucher, a customer who travelled from Toronto. "As you get closer, you really get to see the intricacy of all the different parts up close and it was great to see."

The dealership says it plans to sell the car, once its two-year mandated hold by Ford has finished.