Young moose rescued after getting trapped in Sudbury area pool

SUDBURY -- On Monday, Sudbury fire services helped Ontario conservation officers rescue a yearling moose that got stuck in a pool not yet open for the season.

It was a hot day when a young female moose ventured into a Garson neighbourhood from a nearby wooded area on May 17. Greater Sudbury Deputy Fire Chief Jesse Oshell told CTV News the yearling was startled and jumped over a fence at a property on Sandra Street, south of Falconbridge Road.

On the property was a half-filled in-ground pool, which had not yet been open for the season, with approximately five to six feet of water in it. The young moose somehow got into the pool but was unable to get out on its own. 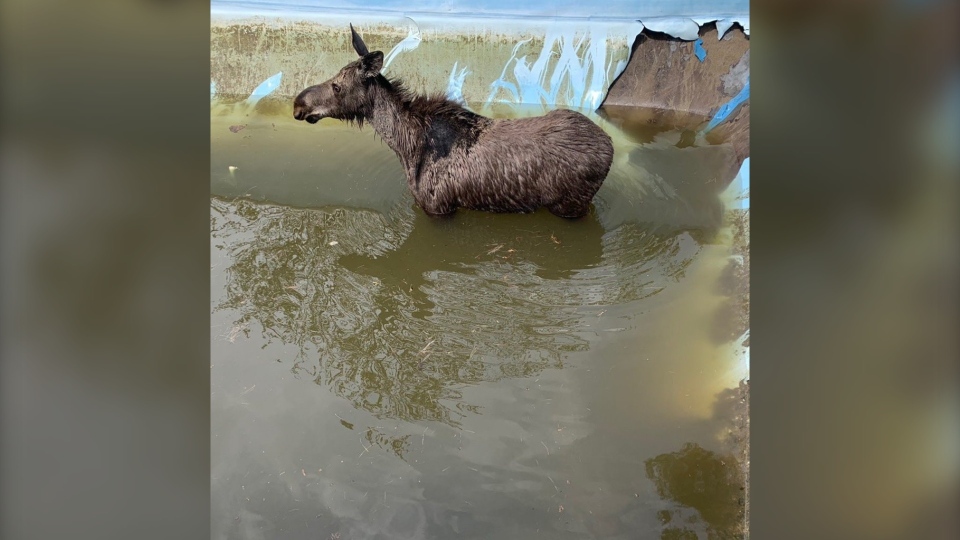 Enter members of the Ontario Ministry of Natural Resources and Forestry (MNRF).

Oshell said Greater Sudbury Fire Services provided a small, non-emergency response team to help drain the pool so that the ministry could go in and take action. He said the animal was stressed by the number of people that were there to help with the rescue mission and the MNRF wanted to keep the crew small to avoid further stress on the animal. 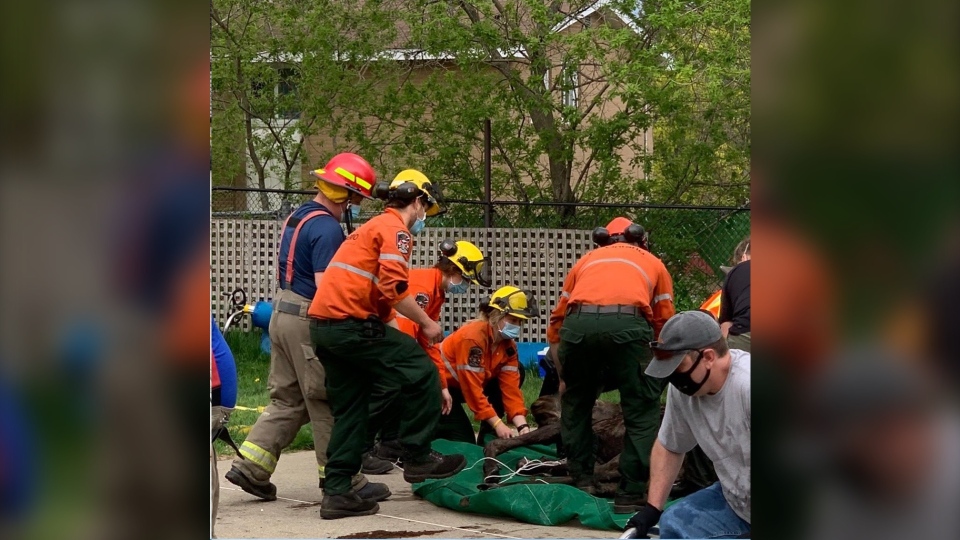 Once the pool was drained, the animal was sedated, removed from the pool and taken to a safe location to be released back into the wild. 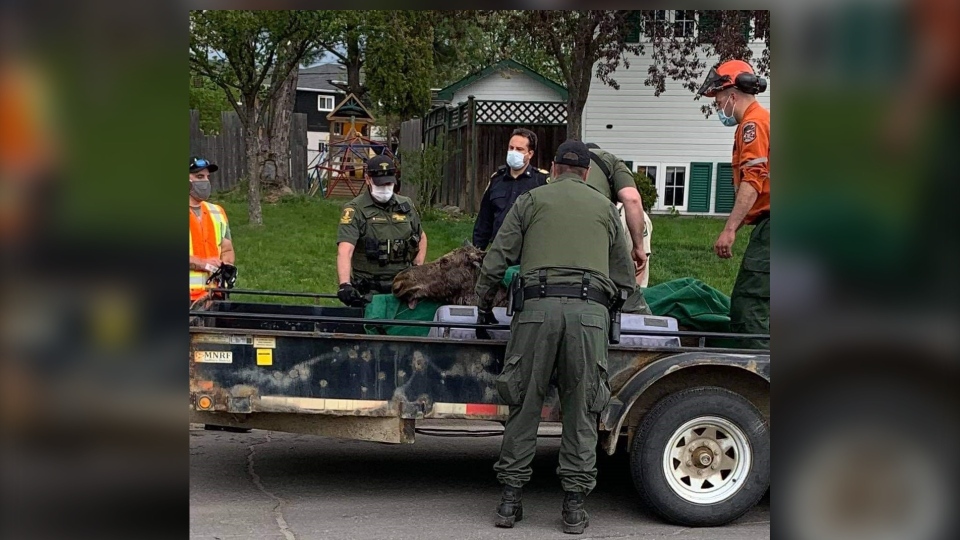 Oshell said the moose was quite heavy and estimates it took about 10 people to lift the animal out.