YES Theatre returns to the stage with 'Bed & Breakfast' performances 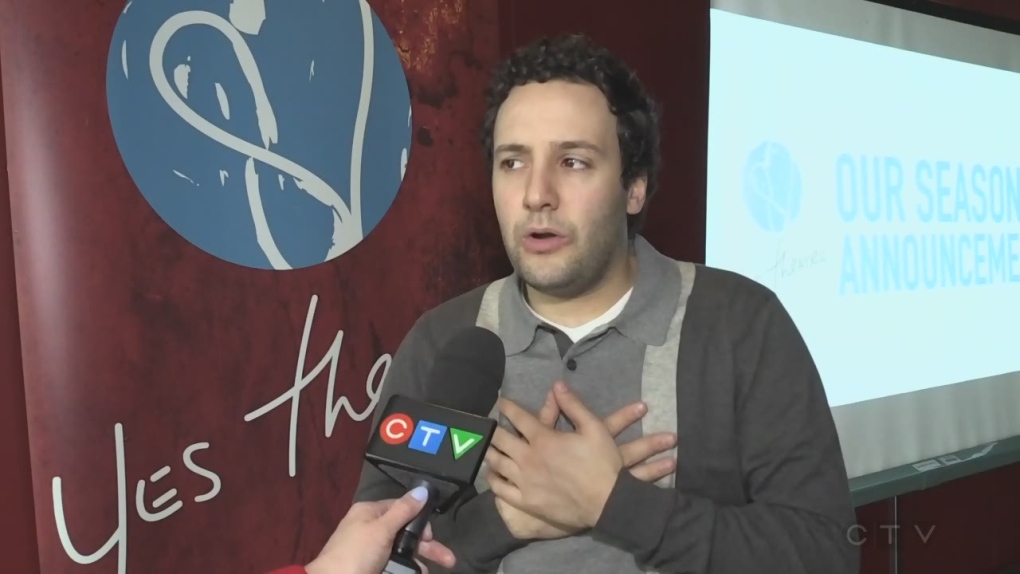 SUDBURY -- Presented by YES Theatre and the Sudbury Theatre Centre, Bed & Breakfast by Mark Crawford will be on stage beginning Nov. 26.

YES Theatre is now back on stage with a production called Bed & Breakfast. It’s about a couple who make the move from Toronto to a small town after inheriting a family home.

“They all of a sudden get the ownership to this house in a small town and they decide to open a bed and breakfast,” said Janie Pinard, director of Bed & Breakfast.

“It’s all the challenges of moving to a small town and finding community and making your house a home. Not only is it a comedy, it’s also a drama.”

The play consists of only two actors. Each of them play 11 different characters throughout the two-hour show.

“Sometimes we can only work three hours a day because we are so incredibly tired after because we’re taking on so much in the span of two or three pages, we could jump between three or four characters which is a lot of fun,” said Jake Deeth, Actor in Bed & Breakfast.

“Alessandro and I don’t leave the stage ever during the entire run of each act.”

Artistic and managing director of YES Theatre, Alessandro Costantini says after having to cancel its annual summer festival, the crew is happy to be back on stage.

“Our summer festival is kind of our bread and butter and it was really difficult to have to say goodbye to that especially after ten years of creating that wonderful event in the city every summer,” said Costantini.

Due to safety precautions only 50 patrons are allowed in the Sudbury Theatre Centre at a time.

Tickets are available through the Sudbury Theatre Centre Box Office.