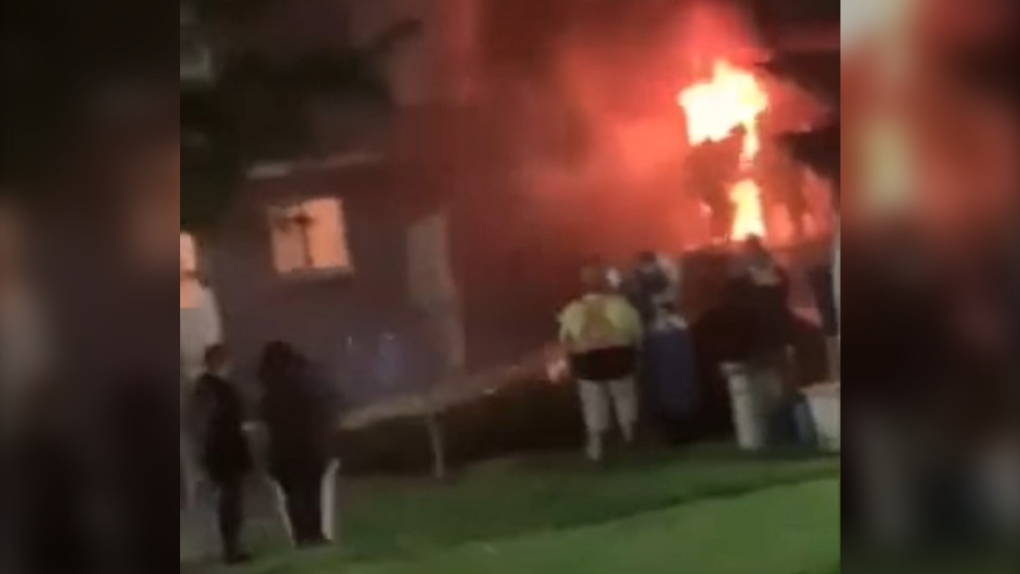 One person was rescued from a fire at a multi-unit housing complex last Thursday night in the Flour Mill area of Greater Sudbury.

Firefighters were called to a row of townhomes on Bruce Avenue at around 9 p.m. Oct. 21.

Crews from three fire stations responded to the call and firefighters had the blaze under control in about 30 minutes and were able to do their searches.

The fire was contained to one unit and two people were displaced, including a 32-year-old woman who was pulled out by firefighters, treated at the scene and taken to hospital.

"Upon entering the building, firefighters located an unconscious woman who was transported to hospital in critical condition," Kaitlyn Dunn, a police spokesperson told CTV News in an email.

Sudbury's fire services deemed the blaze suspicious and turned over the investigation to Greater Sudbury Police Service and the Ontario Fire Marshal's office.

Anyone with information about the incident is asked to contact police or Crime Stoppers.

Sean Driscoll, a spokesperson for the Office of the Fire Marshal, confirmed Thursday's fire was located at 744 Bruce Avenue, Sudbury's largest family townhouse complex that contains 150 units formerly known as Ryan Heights, and the same complex where a fatal fire killed three people in April.

"The Office of the Fire Marshal was requested to attend the scene at 744 Bruce Avenue to determine the origin, cause and circumstances of this fire incident. While the scene examination has completed, the investigation remains ongoing at this time," Driscoll said.

No word on the cause of the fire or estimated damage.

Thursday's fire happened at the same townhouse complex as the fire in April, but the unit  was in a different section.