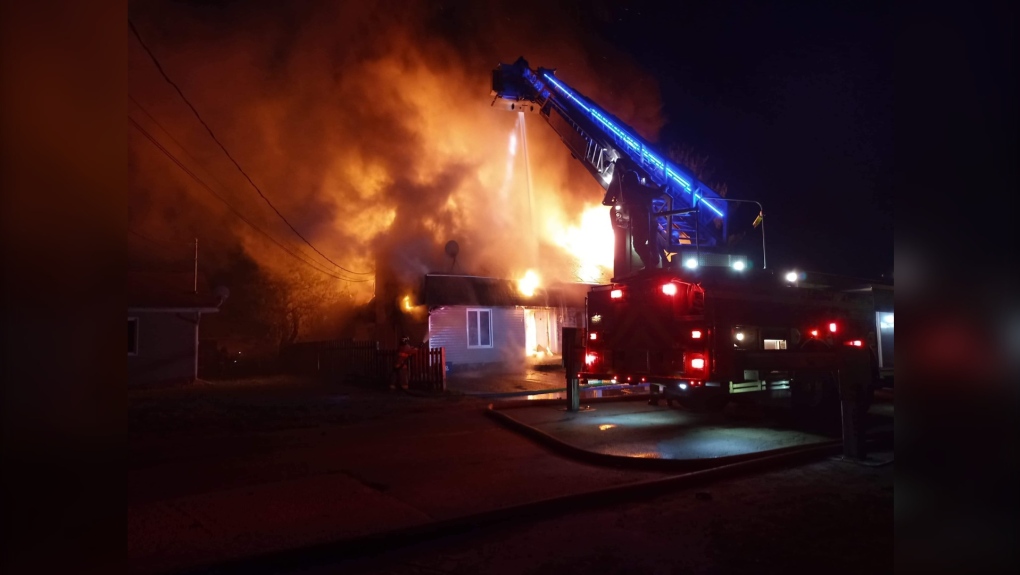 No injuries were reported in the Saturday morning apartment fire on 4th St. in West Nipissing as tenants were able to evacuate the building safely. The fire department estimates the damage at well over $300,000. June 5/21 (Photo courtesy of Sam Rose)

NORTH BAY -- Five people have been displaced after a fire destroyed a three-unit apartment in West Nipissing Saturday morning.

Fire crews received a call to an apartment complex on 4th St. in West Nipissing at around 4:30 am.

When crews arrived on scene, the building was fully engulfed in flames. It took firefighters until about 7:45 am to extinguish the fire.

No injuries were reported as tenants were able to evacuate the apartment safely.  The fire department estimates the damage at well over $300,000.

Officials are investigating the cause of the fire, but do not believe the fire is suspicious in nature.