Weekend for Truth and Reconciliation continues in the Sault

Weekend for Truth and Reconciliation continues in the Sault

If the National Day for Truth and Reconciliation was a look into the past, the following day of activities in its honour was about looking forward.

The first-of-its-kind event held by Indigenous Tourism Ontario brought in thousands to the Canal District, said Colleen Nolan, a resident of Garden River and an organizer of the festivities.

“Today is a celebration. A celebration of who we are, who we continue to be, what we bring to our culture, and that growing sense of pride. We have skirt makers here, earrings, a lot of great different things,” Nolan added.

Over 20 vendors were set up, selling a variety of items ranging from artwork to clothing. Other vendors were on hand showing the items that are significant to Indigenous culture. 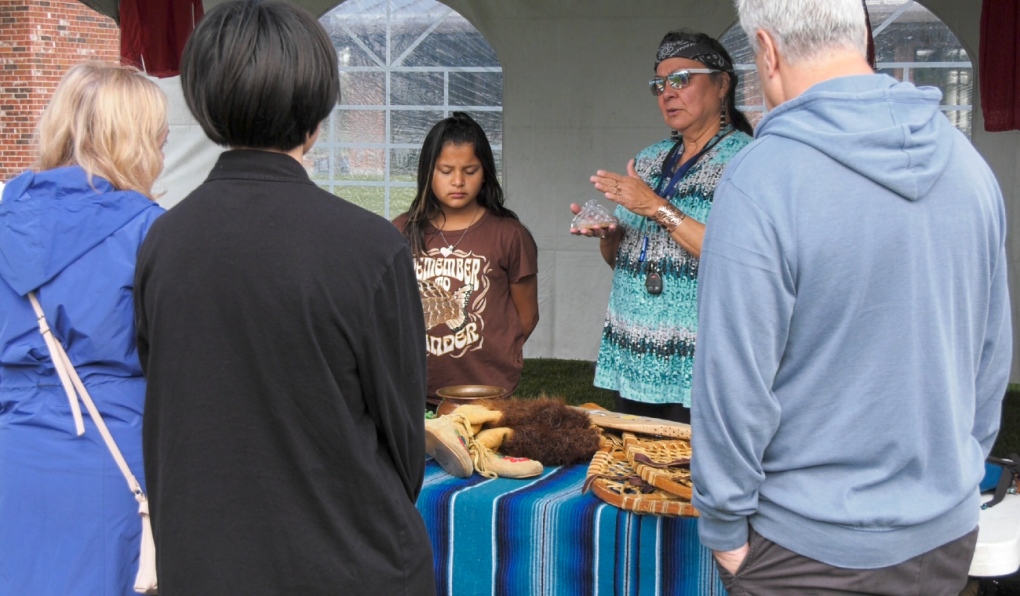 Many Indigenous vendors were on hand showing the items that are significant to First Nation culture. (Cory Nordstrom/CTV News Northern Ontario)Barbara Day, a member of Batchewana First Nation, spent part of her day teaching people about her and her ancestors’ way of life.

“It’s very important to share also the positive side, that we have a beautiful culture. And my theme that I chose today are the gifts that our people gave to the world,” Day told CTV News.

The event also had music and entertainment, something that Nolan says is crucial to Indigenous people.

“We have an honour song; we have a travelling song. There’s a lot of different songs that are all special to us, and have that purposeful meaning,” Nolan said.

She adds that the weekend was a huge success; in addition to the day's event, more than 2500 were in attendance for a drone show Friday night.

Because of this success, Nolan said, they will be holding a celebration again next year to mark the National Day for Truth and Reconciliation.