Watch out for cow on the loose in Azilda 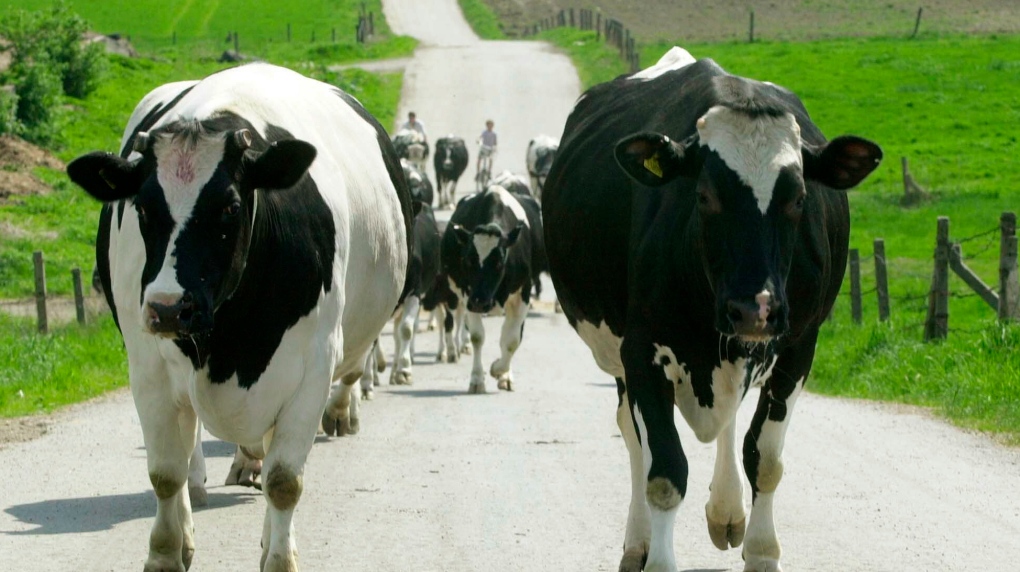 In this file photo dated Saturday, May 4, 2002, a herd of cows is moved from pasture to a farm for milking near Krakow, Poland. (AP Photo/Czarek Sokolowski)

SUDBURY -- Sudbury police are warning drivers to use caution between the Lasalle Extension and community of Azilda after a report of cows on the road.

It's not the first time this week police have tweeted about cows on Regional Road 35.

Just after midnight on Wednesday, police put out a tweet saying that a "farm cow" was seen wandering near Day Construction between Sudbury and the community of Azilda.

Then at 11:38 p.m., another cautionary tweet was sent out about several cows between the Lasalle Extension and Montee Rouleau.

It is unknown at this time how many animals are wandering around, but they are believed to belong to a small farm in Azilda.

CTV News has spoken to a man who says he is the son-in-law of the cow owners. He says as of 9 a.m. Thursday, there is just one cow still loose and that the owners are trying to find it in the bush.

Police are asking drivers to use caution and reduce speed in the area until it can be located.