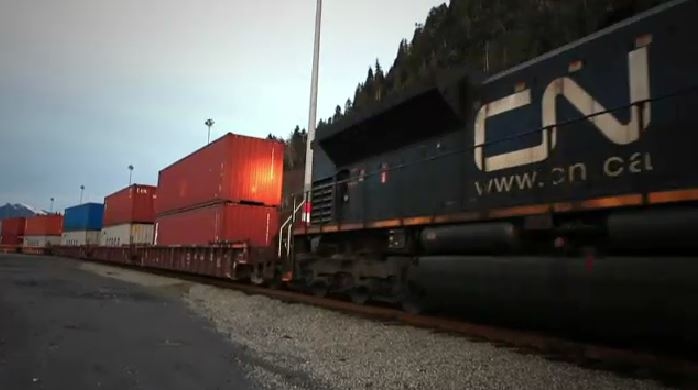 Crews from CN and CP Rail are on site Monday following a train derailment early Sunday morning about a half hour north of Parry Sound.

A spokesperson for the railway said the incident is under investigation, but it's believed a washout caused the derailment and no one was seriously injured.

CN said no dangerous materials were onboard and no spills or fire occurred as a result.

The derailment caused Highway 529 between Britt and Pointe au Baril to be closed for more than 24 hours. The road reopened around noon on Monday.

With election day fast approaching, Indigenous, Black and people of colour in Canada are wondering why racism and issues about race have taken a backseat on the campaign trail.

With just two days until election day, the Conservative Party won't say whether they will require any candidates elected to be members of Parliament to be vaccinated against COVID-19 before heading to sit in the House of Commons, in contrast to the positions of the Liberals, NDP, and Bloc Quebecois.

With the 2021 federal election just two days away, it is still a tight race between the Liberals and Conservatives, according to the latest polling data from Nanos Research released on Saturday.

Four U.S. senators have asked U.S. President Joe Biden to lift restrictions that have barred travel by Canadians across the northern U.S. border since March 2020.

Scientists studying whether it's possible to grow, eat mRNA vaccines

Scientists at the University of California, Riverside are currently studying whether they can turn edible plants into mRNA vaccines.

National Day for Truth and Reconciliation is Sept. 30, but some provinces won't make it a stat holiday

On Sept. 30, federal offices, banks and post offices will be closed to mark the first National Day of Truth and Reconciliation, but Alberta, Saskatchewan, New Brunswick, Quebec and Ontario have said they’re not officially observing the day as a paid day off.

No answers yet from federal leaders on workplace assault and harassment: advocate

The founder of a campaign aimed at getting answers from candidates on their commitment to addressing assault and harassment in the workplace says she has yet to hear back from any of the major parties' leaders.

Four space tourists safely ended their trailblazing trip to orbit Saturday with a splashdown in the Atlantic off the Florida coast. Their SpaceX capsule parachuted into the ocean just before sunset, not far from where their chartered flight began three days earlier.