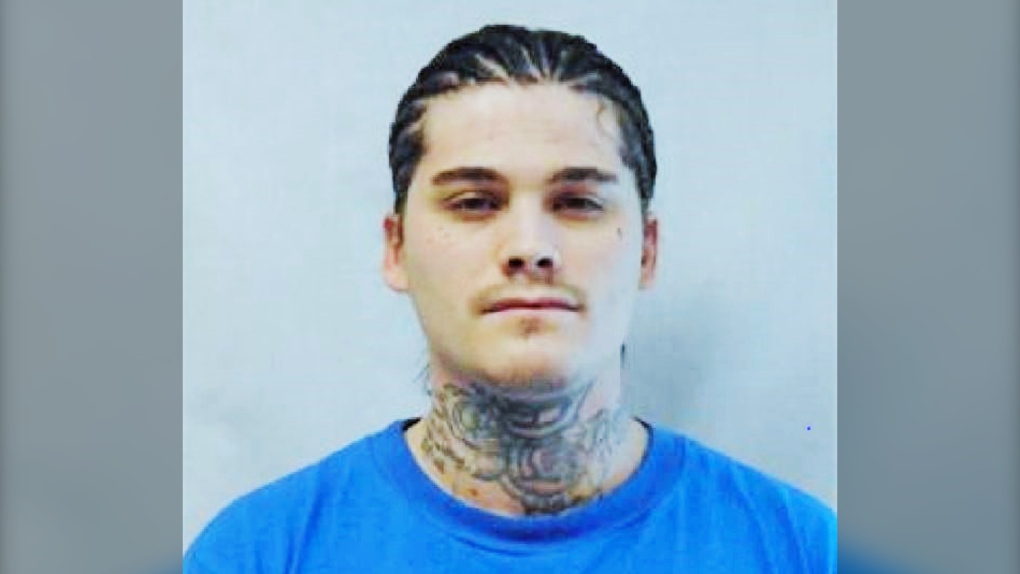 Jeffery Avery, 25, is a Caucasian male, six feet tall, 149 pounds with brown hair and hazel eyes. He has tattoos on his neck, as well as 'Avery,' 'Roses' and 'Timeless,' and praying hands on his right forearm. He has a star and 'family' on his left forearm. (Supplied)

A wanted federal offender known to visit Sudbury and North Bay has been arrested in Oshawa after allegedly breaching his release conditions.

On Friday, Ontario Provincial Police said he has been located by Durham Regional Police Service.

His whereabout became unknown on May 30.

He was also known to frequent the Oshawa area, where he was found.