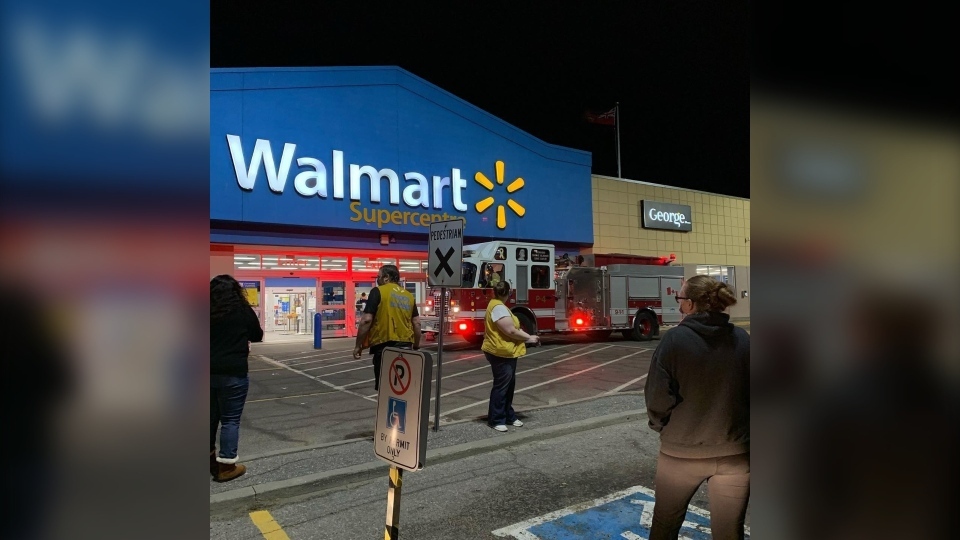 The Walmart in North Bay has been closed since a Nov. 20 arson caused widespread damage. (File)

SUDBURY -- After a fire police have said was arson at its location in North Bay last month, Walmart Canada has announced plans to reopen the store Dec. 12.

And the company said they were able to salvage thousands of pounds of food to donate to the foodbank.

The Nov. 20 arson caused extensive damage, and the company said a large team of workers from both North Bay and other parts of Ontario worked on the repair.

"A lot of effort is going into reopening our North Bay Walmart store and we are delighted to announce the store will open this Saturday, Dec. 12 at 7 a.m.," the company said in an email Wednesday.

"The arson caused significant damage. A lot of the merchandise was affected, but we were able to donate 7,000 lbs. of unaffected, safe, surplus food items to the North Bay Food Bank."

Clean-up and restocking the shelves with new inventory is almost complete, the email said.

"Working closely with the local health department, our team has been working countless hours to prepare the store for reopening," the company said. "It’s been a big undertaking."

"We would like to express our gratitude to our hardworking associates and for the tremendous support we have received from the local community."