Veteran marching against vaccine mandates journeys through the north

Veteran marching against vaccine mandates journeys through the north

Despite the lifting of the federal COVID-19 vaccine mandates, a Canadian veteran who is marching to Ottawa in protest is continuing his journey.

James Topp, a 28-year veteran of the Canadian Armed Forces, started his journey in Vancouver, B.C., back in February. 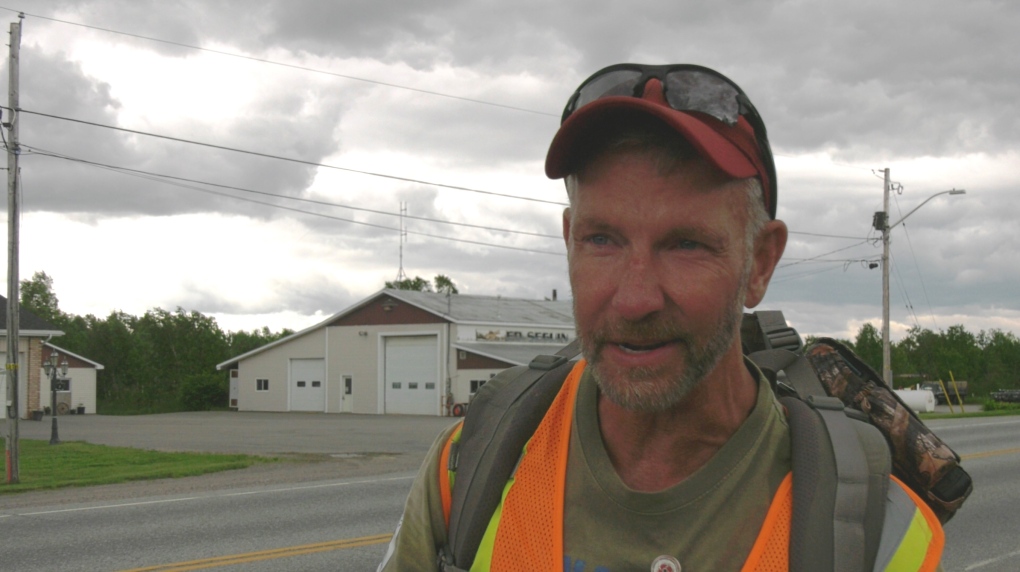 James Topp, a 28-year veteran of the Canadian Armed Forces who is walking to Ottawa in protest of the federal COVID-19 vaccine mandates. June 17/22 (Eric Taschner/CTV Northern Ontario)

He said he is marching in protest of any federal government mandates that require vaccination, testing or quarantine as a condition for employment.

"I am a federal government employee on leave without pay, which is one of the reasons I’m doing this," Topp told CTV News in an interview.

He was greeted along the streets of Sturgeon Falls, Ont., Friday by a few dozen supporters, who stopped him for photos, hugs and handshakes. 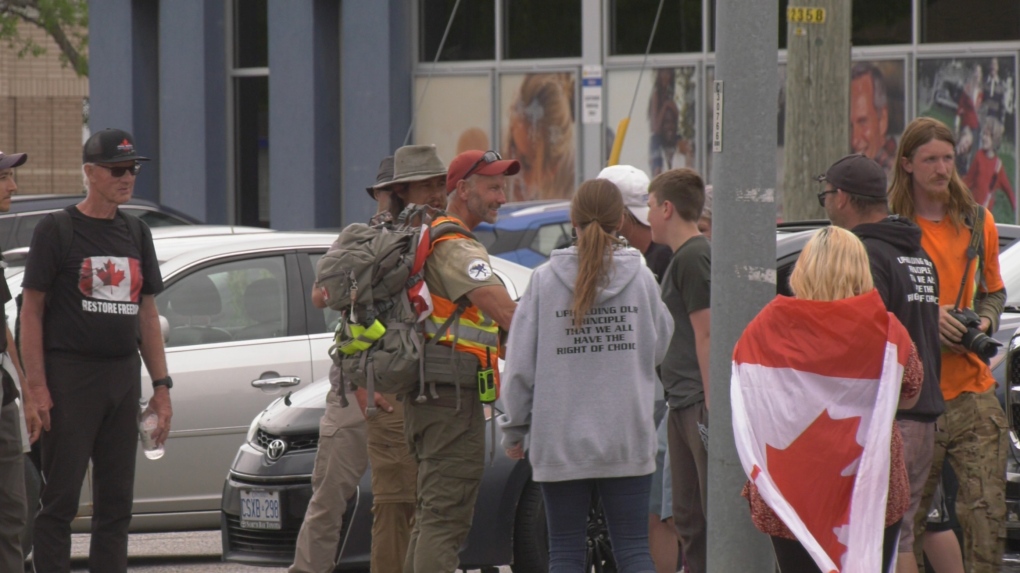 Topp was charged by the Department of National Defence in May after publicly speaking out against federal vaccine requirements while in uniform.

He said his march and demonstration are meant to be peaceful.

Through his team, 'Canada Marches,' Topp has written letters and emails to all 338 members of Parliament in the House of Commons and asked to meet with them.

While the government said unvaccinated federally-regulated employees can now return to work as of June 20, Topp said he still wants to meet with MPs about this issue.

"The meeting that we want to have is constructive and we want to talk about going forward. It’s not about where we are right now," he said.

"The people I’ve met on the way and the amazing support I’ve gotten from the community has shown me that it’s really been a team effort."

The government expects vaccine requirements put in place by separate agencies, including Crown corporations, will be suspended. Workers on cruise ships will still be required to be fully vaccinated.

Accommodations are made on the basis of a medical condition, religion or another prohibited ground of discrimination as defined under the Canadian Human Rights Act.

Topp expects to arrive in the nation’s capital on June 30. He also plans to pay his respects at the Tomb of the Unknown Soldier when he arrives.