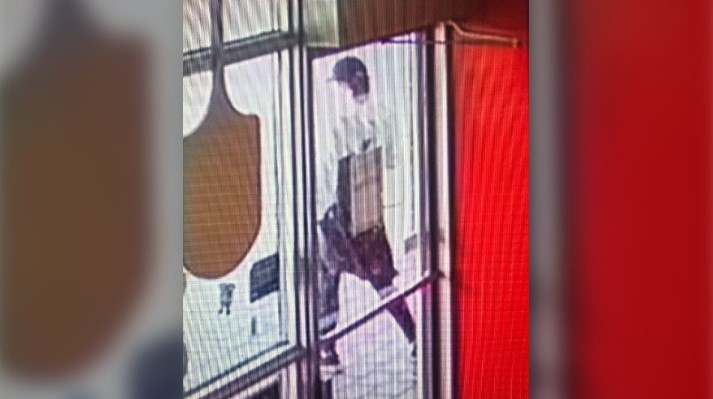 A vehicle stolen in Sudbury has been found abandoned in southern Ontario, police said Monday.

"Vehicle has been located abandoned in southern Ontario," police said in a tweet.

"The woman responsible is still outstanding and we are still asking for the public's assistance in order to identify the woman. Anyone with info related to the woman's identity or the incident that took place, call us."

A Sudbury woman was seriously injured after being run over while trying to stop her car from being stolen, police say.

The 35-year-old woman left her 2008 dark grey Honda Accord running in the parking lot while she ran into a Regent Street restaurant to pick up her food order just before 5:40 p.m. Friday, Greater Sudbury Police Service said in a news release Monday morning.

While she was in the restaurant, she saw the female suspect get into her unattended car, licence plate CEVE 349.

When she ran outside to try and stop her car from being stolen, police said she grabbed onto the driver's side mirror, which broke off when the suspect put the vehicle in reverse.

"The woman then put the vehicle into drive and proceeded to run over the community member before continuing on Regent Street towards the Four Corners," police said.

"(The victim) remains in hospital in serious, but stable condition."

Now, police are looking for the female suspect and stolen car.

She is described as:

"Anyone with information related to the incident, the identity of the woman responsible for the incident or the location of the stolen vehicle is asked to contact police at 705-675-9171 or Crime Stoppers at 705-222-8477," police said.

Canada’s deputy attorney general says the Department of Justice had ‘no involvement whatsoever’ in the department’s review and delivery of documents to ongoing independent public inquiry into the 2020 mass shooting in Nova Scotia.

Parents of young children will need a prescription for over-the-counter fever and pain medication due to a shortage in pharmacies, Toronto's Hospital for Sick Children is warning.

Explosions and fires ripped through an ammunition depot in Russia-annexed Crimea on Tuesday in the second suspected Ukrainian attack on the peninsula in just over a week, forcing the evacuation of more than 3,000 people.

A mother from Florida shared an adorable video of her son's interaction with the family's dog.