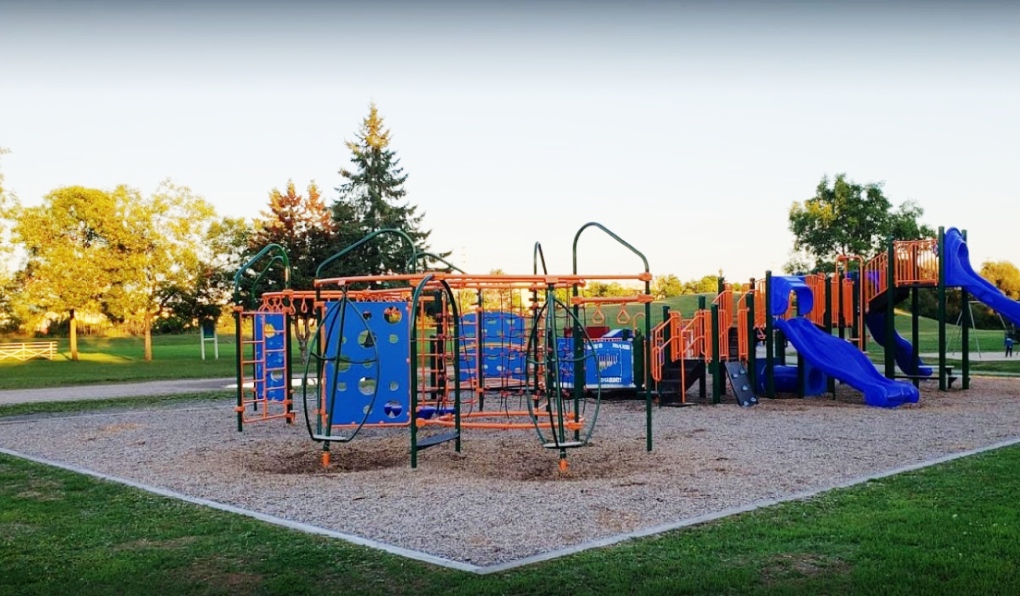 Thomson Park playground is temporarily closed as officials deal with vandalism that has rendered the park unsafe. (Supplied)

Thomson Park playground in North Bay is temporarily closed as officials deal with vandalism that has rendered the park unsafe.

In a news release Tuesday, the city said the park will be closed until it has completed the cleanup and replacement of its woodchip safety surface.

"The safety surface was contaminated with broken glass after numerous light bulbs were smashed at the site some time overnight Monday," the release said.

"The playground will remain closed until an order of replacement woodchips arrive and are installed.

Air Canada and Toronto's Pearson airport again claimed the top spots for flight delays on Tuesday, marking at least four days in a row where the country's biggest airline has placed No. 1 of any large carrier worldwide.

Canada's immigration department is restarting all Express Entry draws for immigration applications Wednesday, after pausing the program 18 months ago during the pandemic.

Emergency room delays to continue for 'quite some time,' doctor warns

An emergency room physician is urging governments to address the country’s shortfall of health-care workers in light of the recent temporary shutdowns of emergency departments and the staffing downsizing at others.

A high school friend of B.C. teen Amanda Todd has testified he took action when he saw what he described as a 'pornographic' picture of her on Facebook in November 2011.

Boy, 2, orphaned after both parents killed in Fourth of July parade shooting

Kevin McCarthy, 37, and Irina McCarthy, 35, the parents of a two-year-old boy, were among seven people killed in the Chicago-area mass shooting on July 4.

Australian authorities have charged 12 members of a religious group with the alleged murder of an 8-year-old girl, police said in a statement Tuesday.