Vale mine rescuers reflect on Totten Mine challenges 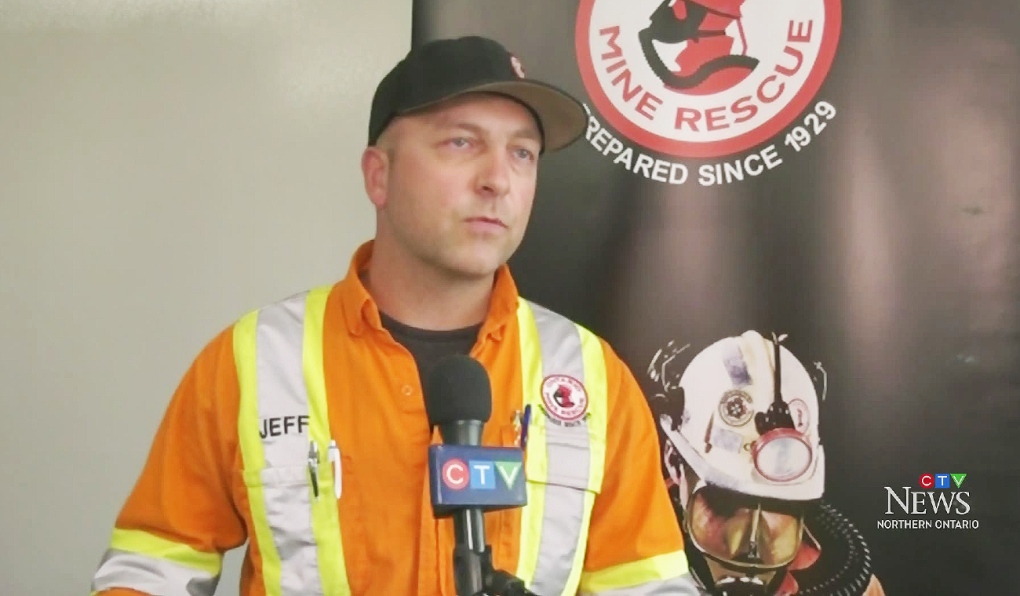 It took a long time, but mine rescue staff in Sudbury successfully got 39 people out of Vale's Totten Mine this week, in a rescue that attracted international attention. (Photo from video)
Sudbury -

It took a long time, but mine rescue staff in Sudbury successfully got 39 people out of Vale's Totten Mine this week, in a rescue that attracted international attention.

They say mine rescue is a difficult job and one they train year-round for, but the ultimate hope is that they will never be needed.

But when the call comes, mine rescue officer Jeff Farquharson said they are ready.

"What we do is we spring to action, we remain calm, we roll out with our procedures and we use our volunteers to set up to do it safely and correctly," Farquharson said.

Ontario Mine Rescue received the call Monday morning. By then, many had already been down Totten for 24 hours.

"We soon realized once we got to site that we were going to have to start setting up some rope equipment from the 600 level all the way down to the 3150 level," said Scott Gillett, another mine rescue officer.

"And that we were potentially going to have to assist in getting people out of the mine."

By the time they arrived, Farquharson could sense people were relieved they were on the scene.

"I think everyone was very happy to see the mine rescue volunteers show up and give the reassurance that was needed, that everything was going to be alright," he said.

In all, 35 miners were able to make the climb out using a series of ladders. The remaining four were given added assistance to help them out of the mine.

"We had a discussion and made groups that were going to go up," said Gillet.

It was a tough climb, and one that also had to be made by the mine rescue officers. Their only goal was making sure everyone got out safely.

"One time down and time up but a lot of back and forth and just making sure that everything was in the proper place," Farquharson said.

"The performance - we asked a lot of them and quite frankly they went over and above," Gillett said.

"So an excellent experience and I'm quite happy with the outcome -- something I'll remember for the rest of my career."

Mine rescue officers came as far away as Timmins to help in the rescue of the 38 men and one woman.

While this wasn't classified as an emergency, it will go down as one of the longest rescues with the most people involved that the officers have ever seen.