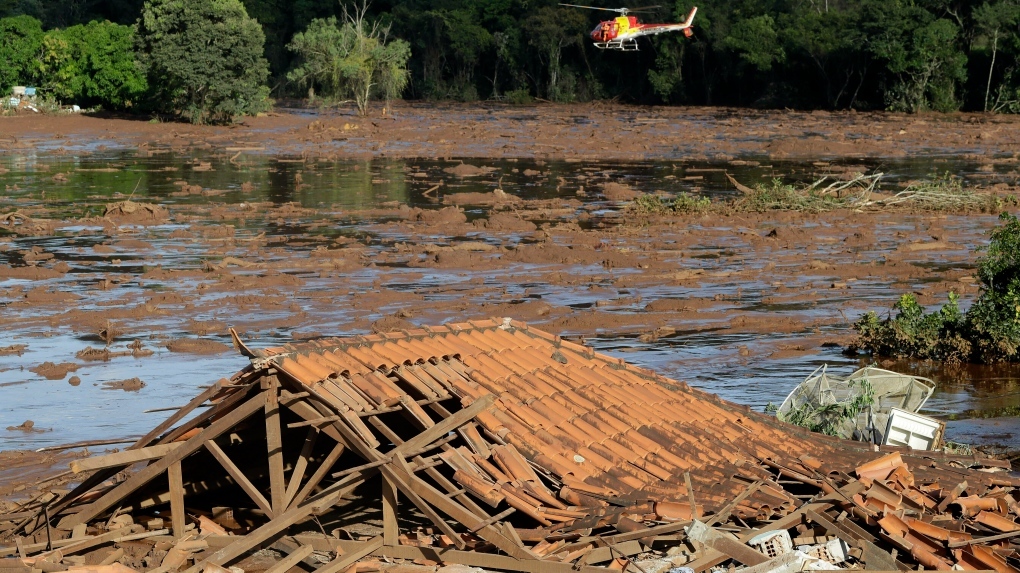 On Jan. 25, 2019, a Vale-owned mine tailings dam in the small town of Brumadinho burst, unleashing tonnes of toxic mine sludge. The town was flooded, killing hundreds of people, and dumping mud containing heavy metals in the Paraopeba River. (File)

SUDBURY -- Vale Ltd. has agreed to pay US$7 billion to the families of more than 250 victims of a 2019 disaster in Brazil.

On Jan. 25, 2019, a Vale-owned mine tailings dam in the small town of Brumadinho burst, unleashing tonnes of toxic mine sludge. The town was flooded, killing hundreds of people, and dumping mud containing heavy metals in the Paraopeba River.

A technical study completed in 2019 concluded that the cause of the collapse was a phenomenon known as “liquefaction,” which is produced when a solid material becomes liquid. It also identified engineering errors in the dam's construction.

German auditor Tuv Sud, a contractor that had certified the safety of the dam, was later accused of falsifying technical studies to allow Vale mine operations to continue.

Brazilian prosecutors filed charges in January 2020 against Vale, Tuv Sud and 16 individuals alleging intentional homicide and environmental crimes in connection with the disaster.

Among those charged were Fabio Schvartsman, former president of the Brazilian mining company who left his position after the disaster.

On Thursday, Vale announced the settlement aimed "to repair the environmental and social damage resulting from the B-1 dam rupture."

"Vale is committed to fully repair and compensate the damage caused by the tragedy in Brumadinho and to increasingly contribute to the improvement and development of the communities in which we operate," Vale CEO Eduardo Bartolomeo said in a news release.

"We trust that this Global Settlement is an important step in that direction. We know that we have work to do and we remain firm in that purpose."

In addition to payments to families of victims, Vale has committed to environmental cleanup of the area.

"Vale continues to move forward with actions that will allow the recovery of the Paraopeba River and the impacted biodiversity on the fronts of containment, removal, disposal of tailings and dredging of the river, which are essential activities for the Paraopeba waters to return to their conditions prior to the breach," the company said.

"Through a partnership with the Federal University of Viçosa, Vale is rescuing the DNA of native plants and creating copies to start the reforestation process, which should start in the first months of 2021. The company has also planted more than 4,000 seedlings of native species in riparian forests in the region."

Vale is a global mining company with operations across the world, including Greater Sudbury, where it employs about 4,000 people. It purchased its Canadian holdings from Inco in 2006.