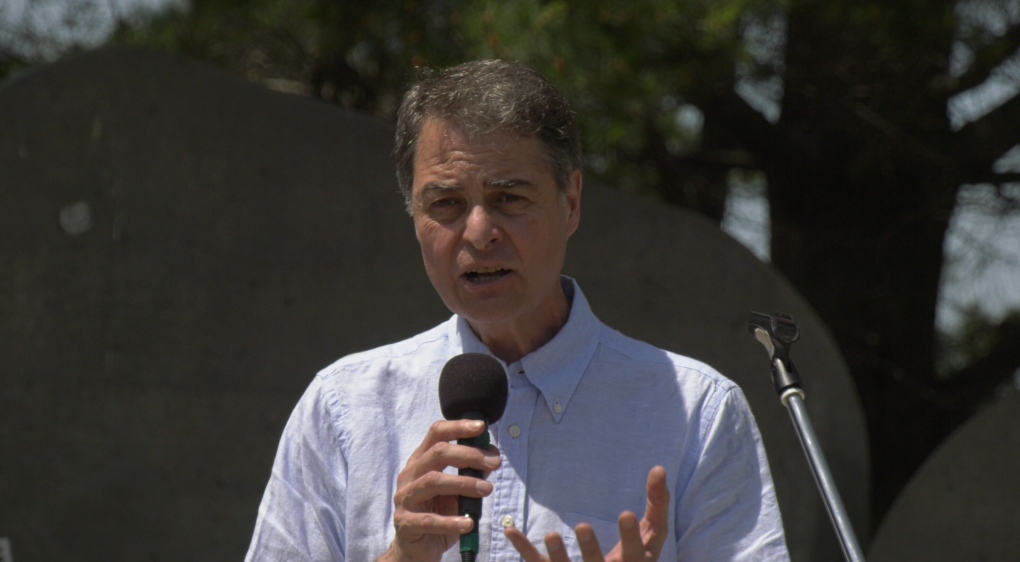 The court ruled to overturn the landmark 1973 Roe v. Wade decision that recognized a woman's constitutional right to an abortion and legalized it nationwide.

“These are rights that people fought for,” Rota told reporters following a Saturday afternoon funding announcement.

The decision, which is expected to lead to sweeping abortion bans in more than 20 states, has deeply divided the U.S. on its views on abortion. Reaction from faith and political leaders ranges from elation to anger.

“When we see something like that in the United States where one president has changed the makeup of the Supreme Court, we see a judgement change and rights taken away. It’s worrisome,” Rota said.

“From Canada, we don’t have the same system as the U.S., but we have to be careful here that we don’t lose rights.”

Abortion was decriminalized in Canada in 1988.

It is treated like other medical procedures and regulated through provincial/territorial and professional bodies.

“My concern is what we’re seeing is a strong right-wing movement in the United States that wants to bring us back 50 years,” Rota said.

Rota pledged to stand by a woman’s right to choose whether or not she wants to have an abortion.

“It is her body and she has the right to make that decision. It’s important that it be legal.”

In early May, the Liberal government announced it will spend $3.5 million to improve abortion access in the country.

A Saskatoon mother made an apparent 'checklist' while planning to vanish with her son, according to court documents

The suspect at the centre of a Saskatchewan Amber Alert has a history of sexual offences, RCMP confirmed during a press conference Tuesday.

The FBI's unprecedented search of former president Donald Trump's Florida residence ricocheted around government, politics and a polarized country Tuesday along with questions as to why the Justice Department – notably cautious under Attorney General Merrick Garland – decided to take such a drastic step.

A new study found that people with regular menstruation cycles and those who typically do not menstruate either experienced a heavier flow or breakthrough bleeding after being vaccinated against COVID-19.

Expressing concerns over the RCMP's yearslong use of spyware in major investigations, privacy and civil liberties experts say the previously undisclosed tools are 'extremely intrusive' and they are calling for stronger oversight and regulation of spyware Canada-wide.

The detention and alleged beating by Quebec police of a Senegalese diplomat last week came as a bailiff was attempting to seize property at her residence to pay for a judgment against her.