U.S. man wins fight to cross border without self-isolating to keep his job in Ontario 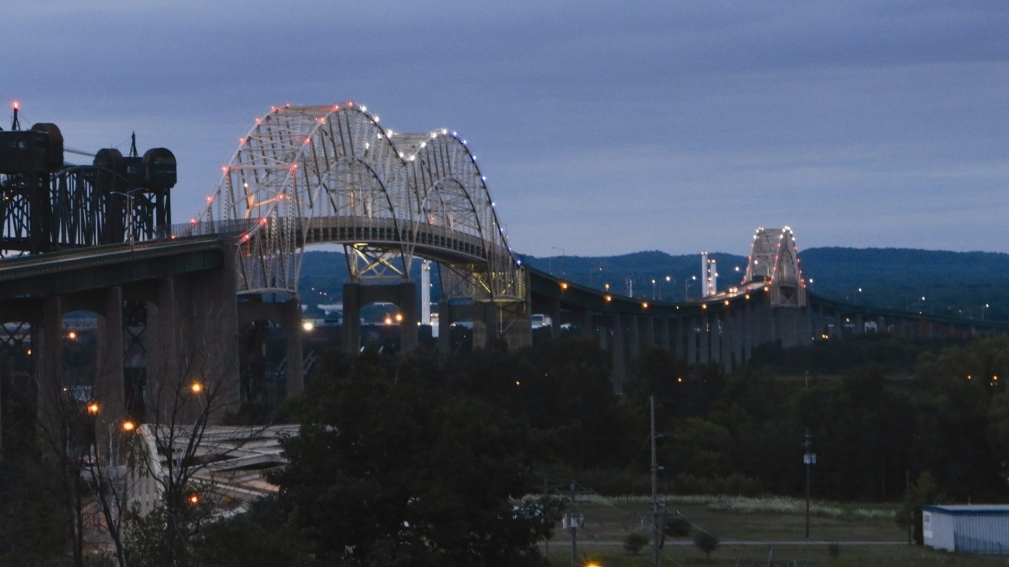 SUDBURY -- A man from Sault Ste. Marie, Mich., has been given permission by a labour board arbitrator to cross the U.S.-Canada border without self-isolating for two weeks.

The man, who works at Algoma Steel, routinely crossed the border between the two nations before COVID-19. The pandemic created problems with his daily trip into Sault Ste. Marie, Ont., when the federal government began requiring a two-week isolation period for people arriving from another country.

"However, regulations enacted under the order exempt certain categories of persons who must cross the border regularly to go to their normal place of employment," said a court transcript of the man's case.

While he was eligible under those regulations, Algoma Steel implemented a policy requiring two weeks of isolation for any worker who crossed the border.

"The employer says that it implemented this policy on March 16 in consultation with Algoma Public Health and in due consideration of its obligation under … the Occupational Health and Safety Act," said the court.

Unfortunately, that created a major issue for the worker, who is a single father with two young children. Since he has custody of his kids on his days off, he had to choose between quitting his job or moving to Canada for the duration of the pandemic and not seeing his children indefinitely.

As a result, he has been off work since March and launched an appeal to have the restrictions lifted and to allow him to travel back and forth between Canada and the U.S.

Algoma Steel argued that its decision to quickly implement stringent safety measures has kept its workplace COVID-free and its 2,850 workers safe.

"It asserts that it has implemented these policies for the protection of its workers as well as its overall business," the transcript said. "The employer acknowledges that the application of its policy has resulted in a very difficult situation … but that it does not see any alternative to maintaining the health and safety of its employees and the viability of its operation in this difficult situation."

But the lawyer for the United Steelworkers union argued if the federal government is willing to make exceptions for people who cross the border to work, Algoma has no right to impose its own rule.

"The union asserts that the policy is not being applied in a reasonable way," the transcript said. "It notes that at least one employee continues to work while a member of his household crosses the border regularly to work in the United States."

In his ruling, the arbitrator pointed out COVID-19 cases in Chippewa County, where the man lives, are triple the number of cases in Algoma, but far lower than most U.S. states, such as Florida and California.

"It is also well known, that although northern Michigan, in general, and Chippewa, in particular, is not suffering from COVID to the same extent as much of the United States, most regions of the U.S. are struggling with the virus to the extent that the United States, in general, has among the highest infection rates in the world," the arbitrator said.

"In these circumstances, it is eminently reasonable for the employer to take necessary precautions to ensure the safety of all employees." While not a violation of the collective agreement, as the union argued, the arbitrator said the company should make accommodations for people in this situation if the risks can be significantly reduced.

To strike a balance, he ordered the Ontario steel company to allow him to work without self-isolating, but to take steps to limit possible exposure.

"The employer would be free to assign (him) to work and to shifts which it deems necessary to minimize the safety risk," the arbitrator said. "Furthermore, the employer may require (the worker) to wear such PPE (personal protective equipment) and to take such social distancing and sanitizing protocols which it deems reasonable in the circumstances."

Algoma Steel could also require him to be regularly tested for COVID-19 and to not travel to areas of the U.S. where the number of cases is highest.

However, the arbitrator said his decision could change depending on the status of the pandemic in both countries.

"The situation regarding COVID is fluid," he wrote. "Circumstances may deteriorate or improve on either side of the border and such changing circumstances may justify a revision of this order."