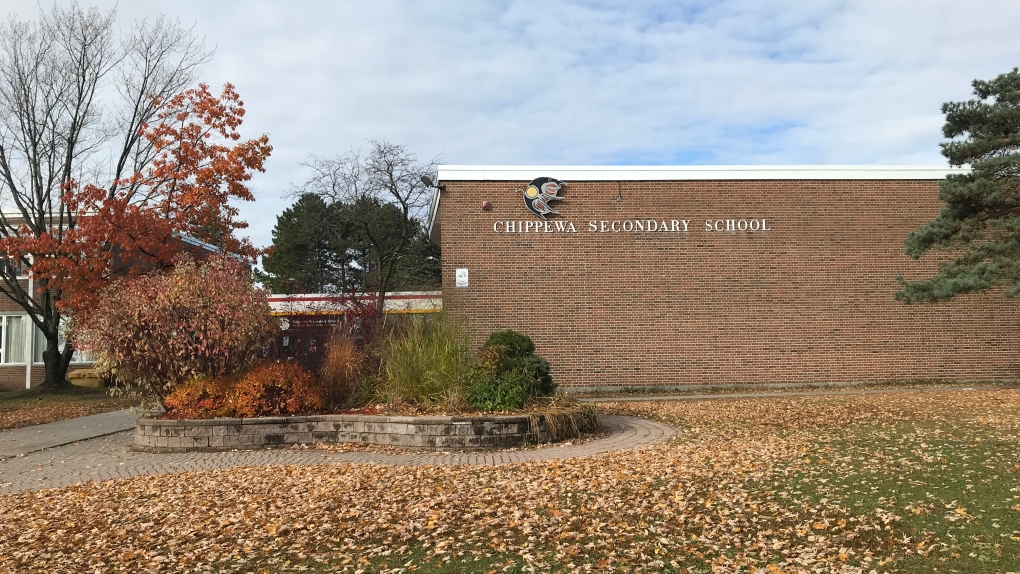 NORTH BAY -- Near North District School Board has confirmed two positive cases of COVID-19 at Chippewa Secondary School in North Bay, including one student, but no outbreak is being declared because the infections are not believed to be connected.

However, the lack of an outbreak has caused more concern for some parents, like Karen Matthews. Her son is a student at the high school.

"They said that the cases are unrelated, which I think should mean more likely an outbreak then if it were contained to the same family," Matthews told CTV News. "There’s just lots of confusion about how things are measured and when we’re supposed to start to feel worse about the situation or when we’re supposed to take more precautions."

The North Bay Parry Sound District Health unit confirmed one of the new cases in a media release on Sunday afternoon but has not identified the second case at the school, which is listed on the Near North District School Board's website.

The health unit said that the individual is self-isolating and is a "close contact of another positive COVID-19 case in our district."

Adding that, "there is no evidence to suggest that this case was exposed at school."

However, according to Matthews, two classrooms at Chippewa Secondary School are isolating at home following this news.

“[Sunday] morning, first thing, I got an email from the Near North Board and it’s my understanding that parents were notified before even staff was notified, which is concerning, not just for me, but many friends who are staff in schools,” Matthews said. "Also concerning is the students in the classes with positive cases are isolating with their families for 14 days is my understanding, but teachers are not. The teachers are still expected to come to work."

The school board has posted a note to families on its website.

"The health unit is currently in the process of contacting close contacts of the case to provide further direction on isolation and testing requirements. A close contact is anyone who was in the cases cohort, attending extracurricular activities, childcare, or rode on the bus with the case. Close contacts will be required to self-isolate for a period of 14-days from the last exposure to the positive case," said the school board.

As of Monday morning, there are four active cases of COVID-19 in the Nipissing District. One is a person between the ages of 20 and 39, two people are between the ages of 40-59 and the other is someone aged 19 or younger. All but the first are considered close contacts of another known case, while the 20-39-year-old was exposed through community spread.

In Ontario, there were 74 new school-related cases reported as of 10:30 Monday morning. Forty-eight were student-related, 10 were staff-related and 16 were individuals not identified.

The Near North District School Board told CTV News that no one from the board will be available to comment on the case.

“I’m also concerned again further that the board is not giving statements to the media. I think that it would make a lot of parents and kids feel better for the board to say something and if they’re not able to, then get some direction from the minister of education and the premier,” said Matthews.

The health unit is in the process of contacting individuals who may have been in close contact with infected individuals.

"It’s a tough call," said Matthews. "My son reports that the school is missing lots of students today not all that are in classes that are isolated. So obviously, there’s some concern from parents about sending their kids, and I absolutely get that. I had a conversation with my son before school started in Sept. that if at any time he felt unsafe to let me know and we’d move to online learning. So we had that conversation again [Monday] morning to ask if he was still feeling okay about it, he is."

She said her son's teacher had some wise advice for the students.

"Thankfully his teacher told them 'not to be afraid, but to be alert,' and that’s wonderful advice and something he feels okay about also," said Matthews.