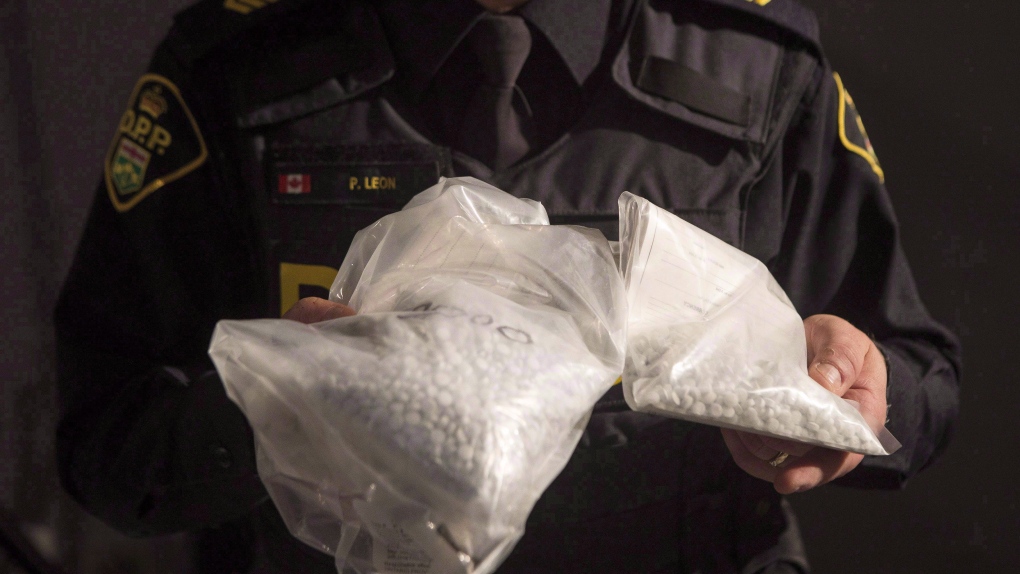 Two separate traffic stops in northern Ontario over the last two days have resulted in $50K in drugs being seized and four people charged.

Three people -- two from Toronto and one from Sudbury -- were arrested in the Timmins area Sunday after trying to evade police.

Officers tried to pull their vehicle over around 3 a.m. on Riverside Drive, but the trio took off, police said in a news release. The vehicle was later found on Highway 101 east of South Porcupine where two of the three people had fled on foot. They were located using the canine unit, emergency response team and community street crime unit.

During the arrest, approximately $28,000 in suspected cocaine and fentanyl were seized.

All three of the accused are charged with drug trafficking and possession of property obtained by crime worth more than $5,000.

The 19-year-old driver from Toronto is also charged with flight from and obstructing a peace officer, dangerous operation, failure to remain and failing to comply with an undertaking.

A 22-year-old from Toronto is also charged with weapons charges and obstructing a peace officer.

A 29-year-old woman from Sudbury also faces a charge of cocaine possession.

The three accused were held in custody pending a bail hearing on Tuesday.

On Monday, officers from the Kirkland Lake detachment stopped a vehicle on Taylor Avenue and found the driver's licence was suspended.

"Further investigation resulted in the seizure of drugs suspected to be Opioids (fentanyl) with an estimated street value of $22,000," OPP said in a news release.

As a result, the 47-year-old faces drug trafficking charges, failing to comply with a probation order and driving while under suspension.

The accused is being held in custody and is scheduled to appear in court on Jan. 27.

None of the allegations has been proven in court and there is no indication that the two cases are related.

Ten children in Canada were found to be suffering from severe acute hepatitis not caused by known hepatitis viruses over a nearly six-month period recently, the Public Health Agency of Canada announced Friday.